The music of an ancient pilgrimage, by Kathy Evans

LEGEND once had it that in the north-west corner of Spain lay the end of the world – a place where heaven and earth met, entwining life and death. Pilgrims from all walks of life headed there on an arduous journey in which many met their maker.

Nowadays we know that the earth is round and science has cleared up many of the mediaeval mysteries that beset our ancestors, but Cape Finistere, the final destination of the Camino de Santiago – the Way of St James – still attracts tens of thousands of pilgrims each year, on foot, bicycle or even donkey. 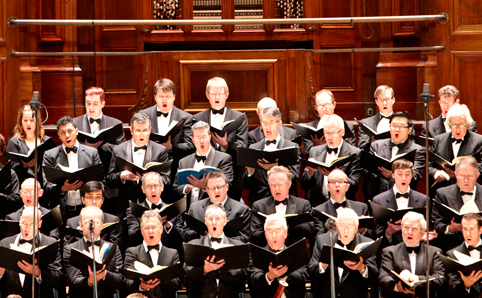 Chorister Lynne Muir, who sings with the Melbourne Symphony Orchestra Chorus, has twice undertaken parts of the 800-kilometre journey, which has many starting points, including the town of O Cebreiro in the rugged hills of the Os Ancares, where she set out.

These days the purpose of the pilgrimage is not just religious – it can be deeply psychological. Muir was part of a group of friends of her husband who were facing retirement: ”They thought it was a great way to mark a transition of life. I think a lot of people see it that way. At the other end of the scale, young people might do it in their gap year, they see it as transformational.”

Tomorrow night, Muir will relive the experience amid the splendours of St Patrick’s Cathedral when the MSO Chorus presents a program celebrating the ancient pilgrimage as well as the 400th anniversary of Spain’s great Renaissance composer Tomas Luis de Victoria, and the rich melange of 16th-century music, known in Spanish abbeys and cathedrals along the route.

Also receiving its world premiere is To the Field of Stars, a piece by English composer Gabriel Jackson commissioned by the MSO, which is partly based on hymns from the Codex Calixtinus, a 12th-century illuminated manuscript written for pilgrims, described as Europe’s first travel guide (which was stolen from the cathedral in Santiago this year). The music also has a modern twist, drawing on the works of poets Walt Whitman and Emily Dickinson as people who understand the concept of a journey in the broader sense.

For Muir, an artist and illustrator, the pilgrimage was a tough, physical expression of the journey of the heart. What kept her chin up was the compassion of strangers she met along the way, such as the Spaniard who appeared ”out of a mist” and wordlessly rubbed her aching shoulders and adjusted the straps on her rucksack to make it more comfortable.

”There are people walking in front of you and behind you and it’s the compassion that you experience along the way that is the miracle.”

Jackson’s music, she feels ”perfectly captures” the spirit of the pilgrimage, to the place where Saint James’ bones were discovered under the brilliant light of a guiding star: ”It’s as if the voices are popping through the firmament and if you close your eyes, you can imagine this crystal pinpoints bursting through the velvet cloth of the sky.”

Tomorrow when she sings solo, she will relive some of the challenges: “It’s an amazing connection. You feel as if you are channelling all the pilgrims that have come before you. The whole process of learning this music is so symbolic of the journey. You have the expectation of something new and exciting and then near the end, you start to feel relief but a bit of regret because you are coming to the end of an amazing experience.”