All Camino de Santiago routes take you to Santiago de Compostela, St James of the Field of Stars, the capital of Galicia and a pilgrimage destination for many centuries. Pilgrims from all over the world have traveled to Santiago since the 10th century to atone for their sins and visit the tomb of St James, allegedly buried in Santiago’s magnificent cathedral.

Santiago de Compostela is a pocket-sized city full of charm and character. Its stunning UNESCO-listed Old Town has a lively atmosphere, both by day and at night! Santiago is also an important University town, with many students settling in the city for the school year. It is one of the oldest universities in Europe (established in 1495) and you will find some of the University buildings in the Old Town. 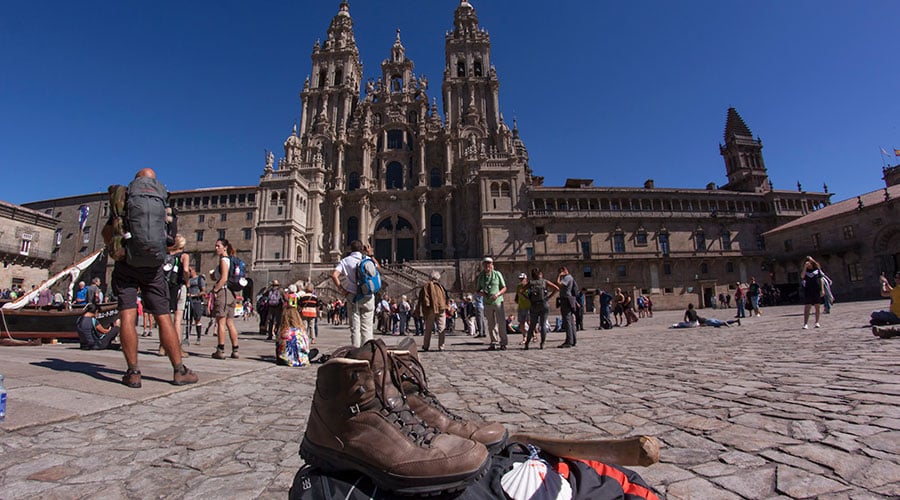 There is plenty to do, see and taste in Santiago de Compostela; after visiting the cathedral and getting your Compostela certificate at the Pilgrims Office, take time to explore this wonderful historic city:

Santiago de Compostela is the capital of Galicia. The city’s Cathedral is the destination today, as it has been throughout history, of the important 9th-century medieval pilgrimage route, the Way of St. James (Camino de Santiago). In 1985 the city’s Old Town was designated a UNESCO World Heritage Site.

Legend has it that the remains of the apostle James were brought to Galicia for burial. In 813, according to medieval legend, the light of a bright star guided a shepherd who was watching his flock at night to the burial site in Santiago de Compostela.

The shepherd quickly reported his discovery to the bishop of Iria, Bishop Teodomiro. The bishop declared that the remains were those of the apostle James and immediately notified King Alfonso II in Oviedo. To honour St. James, the cathedral was built on the spot where his remains were said to have been found. 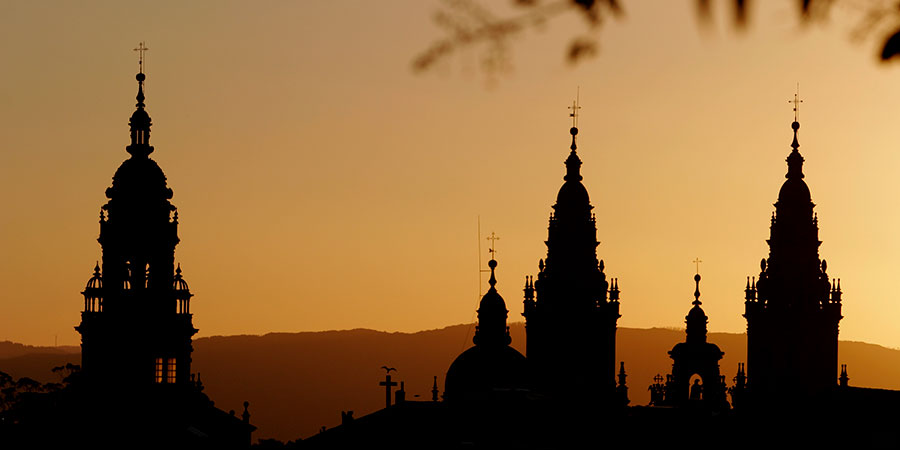 Santiago is also the site of the University of Santiago de Compostela, established in the early 16th century. Within the old town, there are many narrow winding streets full of historic buildings. Santiago de Compostela has a substantial nightlife. Divided between the new town (la zona Nueva or ensanche) and the old town (la zona Vieja or a zona Vella), a mix of middle-aged residents and younger students running throughout the city until the early hours of the morning can often be found.

Radiating from the centre of the city, the historic cathedral is surrounded by paved granite streets, tucked away in the old town, and separated from the newer part of the city by the largest of many parks throughout the city, Parque da Alameda. Whether in the old town or the new town, party-goers will often find themselves following their tapas by dancing the night away.

The city also has several other sights that are worth the visit. Some of them are the Museum of the Galician People which provides a general view of Galician history and Culture; the Pilgrimage Museum which highlights the importance, for European culture and Hispanic America, of the pilgrimage and worship of St. James; Galician Centre of Contemporary Art; And the Praza de Abastos (City Market). This market is the typical Galician market and one of the biggest in Spain.

It’s the perfect place to buy some fresh seafood, vegetables, and meat Galicia is known for “Pulpo” or cooked octopus. In general, there are a lot of restaurants selling fish and seafood suitable for all budgets. The local cheeses should also be sampled, as well as delicious cakes like the “Tarta de Santiago”. For a quiet beer and a couple of tapas in the Old District, there are several places where you can sit in terraces when the weather is nice or inside when it’s rainy or cold.

For more information about the Camino de Santiago, please don’t hesitate to contact us.