The Cathedral of Santiago de Compostela is an iconic symbol of the city of Santiago and also the final point for many pilgrims walking or cycling the Camino de Santiago. Recently renovated, the Cathedral is ready to welcome pilgrims from all over the world during Holy Year 2022.

Over the centuries, thousands of pilgrims from all over the world have made their way to the Cathedral of Santiago de Compostela, in Galicia, North West of Spain. The pilgrims’ routes are known as the Camino de Santiago, the ways to Santiago. 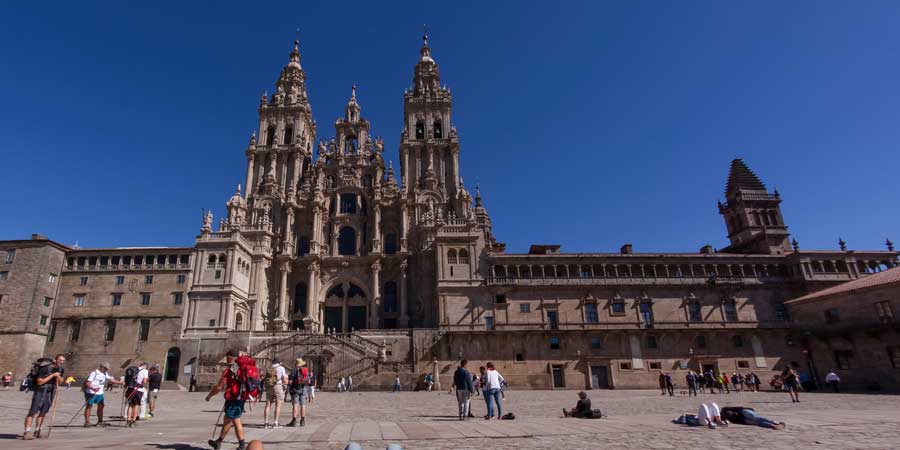 The Cathedral of Santiago de Compostela: The Camino Destination

The Camino is a network of different trails spread across Europe, all sharing one goal and one destination: the cathedral of Santiago de Compostela.

Let’s look at 5 things to know about the Cathedral of Santiago de Compostela:

1. Tomb of the Apostle St. James

It is in the cathedral, in a crypt beneath the Main Altar, where pilgrims can visit the Tomb of the Apostle St James.

It is here that the remains of St. James are kept in a silver urn, alongside those of his disciples Saint Athanasius and Saint Theodore.

The relics of St. James would transform the town of Santiago into one of the most important pilgrimage destinations in the world. 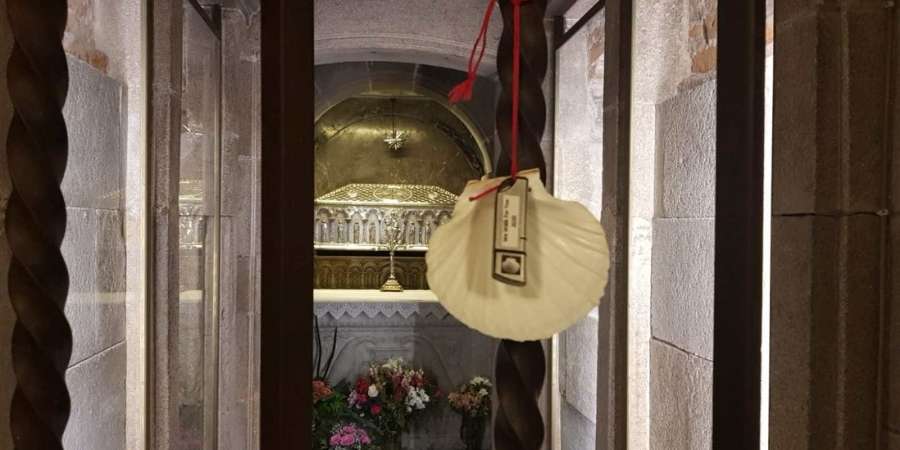 As well as being one of the most important pilgrimage destinations in the world, the cathedral of Santiago de Compostela is a magnificent work of art and religious architecture.

While the building preserves its original medieval structure and Romanesque essence, its character and unique beauty have been reinvented over time, with Gothic and Baroque touches shaping today’s masterpiece.

After the discovery of the remains of St James by a shepherd in the 9th century, a small chapel was built (versions of the specific year vary but some time between 813 and 830).

However, this chapel was soon too small to host a large number of worshippers. A second and larger church was built but later destroyed.

Bishop San Pedro de Mezonzo rebuilt the temple in 1003 in pre-Romanesque style and the current cathedral was erected by 1075, at a time when pilgrimages enjoyed their heyday.

The 12th century saw the Pórtico da Gloria being built by Mestre Mateo: a masterpiece of Romanesque sculpture featuring 200 figures from the Bible inside the western facade of the cathedral. 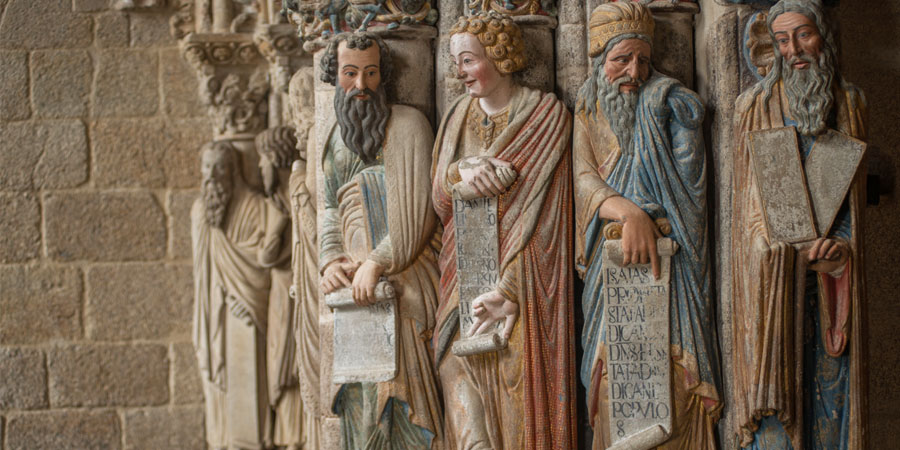 The Pórtico da Gloria was reopened to the public in 2018, after a 10-year long detailed restoration project.

At 76metres, the Cathedral of Santiago de Compostela was Europe’s tallest building at the time.

Gothic and Renaissance elements were gradually added, including new chapels, the 14th century Clock Tower, the Holy Door, and a reinvented cloister.

However, the biggest and most dramatic transformation of the cathedral of Santiago de Compostela would take place in the 17th and 18th centuries, during the Baroque period.

The culmination of these works would result in the iconic facade we see today from Praza do Obradoiro, once again in all its glory after several years of cleaning and restoration work.

The Porta Santa or Holy Door was built in the 16th century and it is also known as the Forgiveness Door (Puerta del Perdon).

It is located in the Praza Quintana and takes pilgrims straight to St James crypt and the Main Altar of the Cathedral, as well as the image of St James that is traditionally hugged by pilgrims.

The Holy Door is only open on Holy Years or Ano Xacobeo. 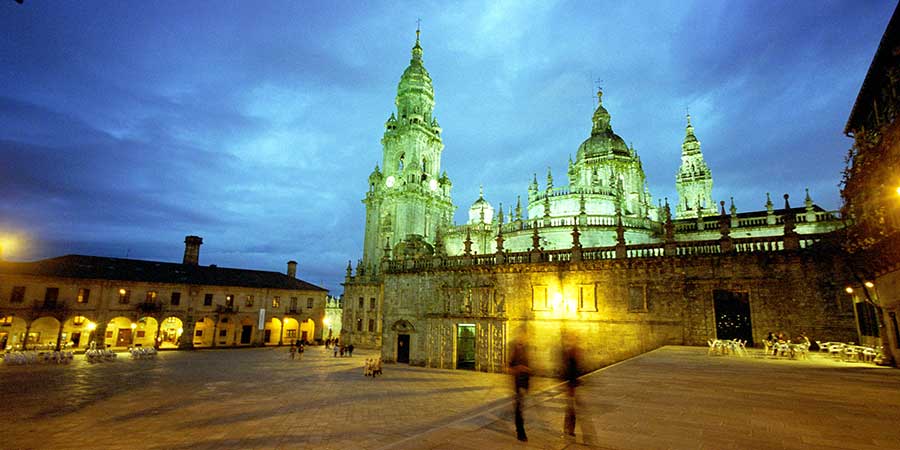 The Cathedral of Santiago de Compostela is also home to the famous Botafumeiro, a giant incense thurible dating back to the mid 19th century.

The Botafumeiro swings impressively across the Main Altar on special dates and special occasions.

It is hoped that the restoration will be completed for the Holy year 2021. 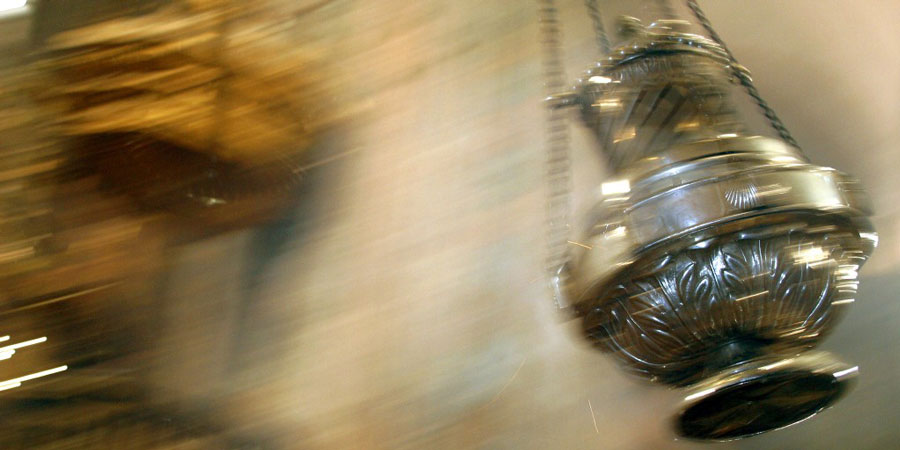 Confession is available throughout the day at the Cathedral of Santiago de Compostela. If there are no priests in the confessionals, or you are seeking confession in your own language, please ask in the sacristy.

As the church is still being restored, Pilgrim mass now takes place in churches around the city. Here is some more information about the Pilgrim Mass.

For more information about the history of the Cathedral of Santiago de Compostela or about specific services, we recommend you visit www.catedraldesantiago.com

For more information about the Camino de Santiago routes or to plan your trip, contact our travel experts by filling out the form below: