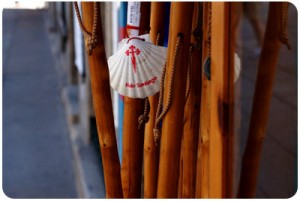 Happy St James’ Day! 25th of July marks a double celebration in Galicia: it is the feast of Saint James (or Santiago, Sant Iago in Galician) and it is also Galicia’s Day.

Since 1979, 25th July is officially a national holiday in Galicia but its origins go back to 1919, when the Asamblea das Irmandades da Fala, a group of Galician intellectuals committed to the promotion of the Galician language and identity met in Santiago de Compostela, deciding to set 25th July, Saint James Day, as Galicia’s Day from the following year. 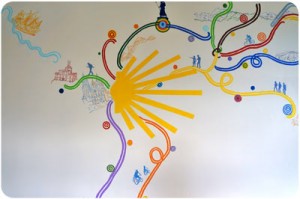 It was no coincidence that Saint James Day would be the chosen date to celebrate all-things Galician, after all, the Saint James Way pilgrim trail and the tomb of Saint James had been attracting visitors and pilgrims from all over the world for centuries, contributing to the sharing of ideas and cultural exchanges among people. It was also for this reason that the Camino de Santiago would be declared first European Cultural Route in 1987.

Santiago de Compostela is in celebratory mood this week, ahead of the 25th July, and so are we at CaminoWays.com.