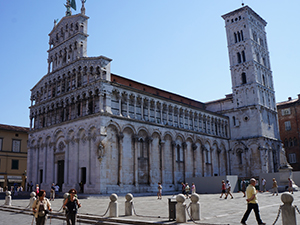 It is difficult to estimate the exact number of Via Francigena pilgrims, those walking or cycling any of the sections or the full Camino to Rome each year.

According to Cicerone Guides, there was an estimated 2,500 Via Francigena pilgrims in 2012. Taking into account the route stretches across Europe all the way from Canterbury to Rome, the number of pilgrims you’ll encounter on the route will be quite small, particularly if you have walked the Camino de Santiago and have this trail as a reference. To put it in perspective, over 240,000 reached Santiago de Compostela in 2014 for instance. Also because of its length (over 2000 kms), most pilgrims will pick small sections of the Via Francigena route at the time. 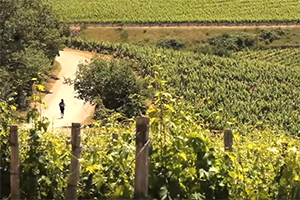 In the UK, France and Switzerland it is unlikely you will encounter other pilgrims. As you enter Italy and get closer to Rome, you will be more likely to meet fellow pilgrims; Tuscany for instance is a very popular region for cycling and walking, whether those you meet on the way are on the Via Francigena as pilgrims or just following part of the trail. On the last section walking to Rome you will also be likely to meet other Francigena pilgrims.

Even though the route has been followed by pilgrims for many centuries, the Via Francigena or Camino to Rome, is not as known or popular as the Camino de Santiago today. Even if the number of pilgrims has been increasing in recent years, the route remains relatively unknown and an off the beaten track trail. It is ideal for those looking for a peaceful walking or cycling experience and not too concerned about meeting other Francigena pilgrims along the way. Of course, once you reach the Vatican and Rome, you will meet hundreds of pilgrims, but not many can claim to have reached the city on foot!

If you’d like to travel as part of a group, you can join our Via Francigena guided tours.

For more information about cycling or walking the Via Francigena or to book your trip, contact our travel specialists.

written by Valeria
Operations Manager Valeria comes all the way from Southern Italy! She studied American and European Languages and Literature in Rome and holds a Masters Degree in Tourism. She lived in the South of Spain and cruised the seven seas before docking in Dublin.
More by Valeria
Contact Us