Thousands of people of all ages, nationalities and backgrounds walk (or cycle!) the Camino de Santiago each year. Over 278,000 pilgrims received their Compostela certificate in Santiago in 2016 alone.

Whether they walked a whole month from Saint Jean or a week from Sarria; whether they started their journey in Porto or took the Camino del Norte… hundreds of yellow arrows and scallop shells showed them the path, all the way to Santiago and its cathedral.

We know quite a bit about the Way of Saint James, Santiago’s Cathedral and the yellow arrows but there are many interesting facts about the history of the Camino you might not be aware of.

These are 8 things you (probably) didn’t know about the Camino de Santiago:

We are all familiar with the story behind the medieval origins of the pilgrimage to Santiago de Compostela: the place where the Apostle St James (Santiago) is allegedly buried. But did you know there is a theory that people used to head West to Finisterre even before Christianity arrived in the land?

Finisterre or Land’s End was believed to be both the end of the known world but also a place of magical powers where the land of the living and the other world touched.

The area still maintains this special touch of superstition, pre-christian rituals and magic realism.  Have you heard of Muxia’s rocking stones? well, that’s another interesting story…

While most of us refer to ‘The Camino’, we should really be talking about ‘The Caminos’ as there are many different ways, thousands of miles stretching as far as Paris, all heading to Santiago de Compostela. The Caminos come from different parts of Spain, Portugal, France and beyond… For instance Irish pilgrims used to start their journey by boat from ports such as Dublin, Dingle or Waterford. Whether they are well established and marked, or not, they are all genuine routes to Santiago as pilgrims used to start their journey from their own parishes.

Naturally, there are many different languages spoken along the Caminos and that’s part of the colour and beauty of the journey; but also of travel and life in general. Along the Camino Frances alone you will encounter regions where French, Basque, Spanish and Galego is spoken.

This is a great reason to brush up on your language skills and get a few words rehearsed before you travel to make the most of this unique cultural experience … and so you don’t get (too) lost in translation. 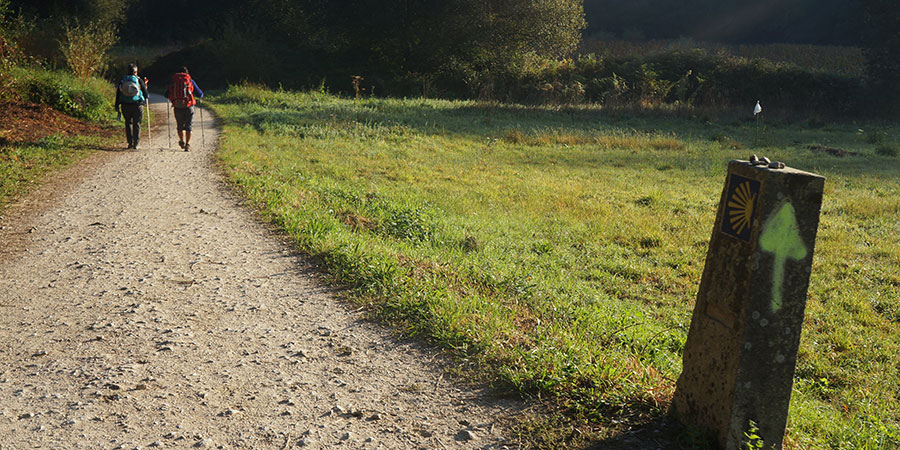 Summer is fiesta time and most towns, cities and even the tiniest of villages celebrate their ‘patron’, which means music and dancing until the wee hours. For pilgrims and visitors it is an opportunity to experience one of the annual highlights of local life. Food generally takes a central role in celebrations too, particularly in Galicia, so you are in for a treat.

If you are not familiar with the word ‘sardiñada’ (roughly translated as ‘grilled sardines galore’), take a note right now, as most festivals tend to wrap up celebrations with one such event and grilled sardines given to festival goers on the spot, for free.

From fiesta to siesta… there is a general misconception that towns and villages along the Camino close in the middle of the day so locals can go for their ‘siesta’. You might indeed find most shops are closed from 1,30 or 2 until 4 or 5 in the afternoon for lunch. At this time, only restaurants and bars will be open but don’t worry, by 5 o’clock shops will be back to business again and until late. You will soon realise lunch is sacred in this part of the world.

As the saying goes… When on the Camino… or indeed in the continent and the Iberian Peninsula, eating schedules and food habits tend to be a bit different to other regions. They could be encapsulated in the following mantra: Breakfasts are sweet, dinners are late… and lunch is sacred; as you have already discovered by now.

Santiago Cathedral is the city’s most iconic building but did you know that Santiago de Compostela is also home to one of the oldest universities in Spain, founded in 1495? The mix of pilgrims and students really give the city its unique character. We invite you to visit some of the wonderful University buildings scattered around the Old Town, in particular the University Library in Rua do Franco. 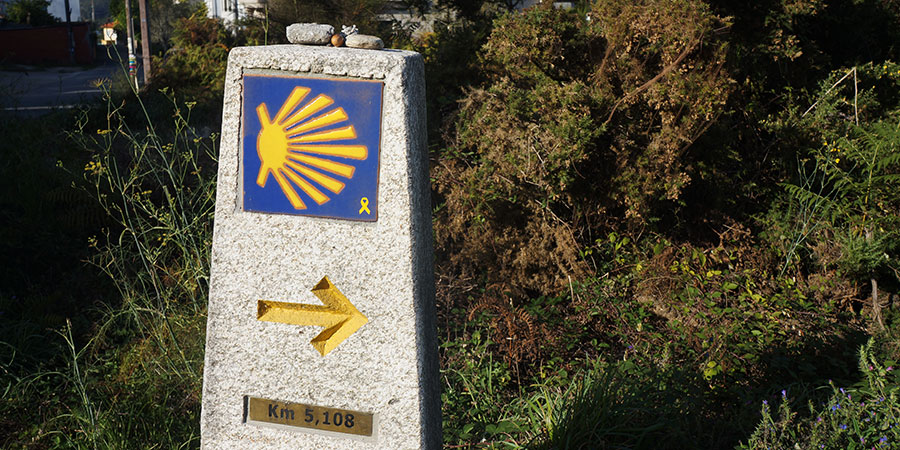 We set off for the Camino thinking Santiago is the goal and destination but in reality, it is the whole journey that makes it such a memorable experience. Once you reach Santiago, you will feel your feet might want to keep going whether your brain wants to follow or not: maybe you will continue to Fisterra and its land of myths or maybe we’ll see you on the Camino again next year…

For more information or to start planning your Camino trip, contact our travel specialists