Santos Inocentes: The Story Behind Spain’s Day of Mischief

We all love a bit of mischief, whether it’s pranks or playfully mocking your friends and family. As long as it’s in good fun and on a specific day, fooling someone with your wily charms is a great use of your time.

While most of us will be aware with the day of foolery on the first of April and many will prank all in their path on Halloween, did you know that Spain has another day where pranks and jokes take centre stage?

Día de los Santos Inocentes, the day of the Holy Innocents, takes place every year on December 28th (great to get some mischief in before the end of the year!). On this day, be careful what and who you believe because there’s a good chance you might be fooled. If you are on the Camino de Santiago or anywhere else in Spain around this date, watch out! 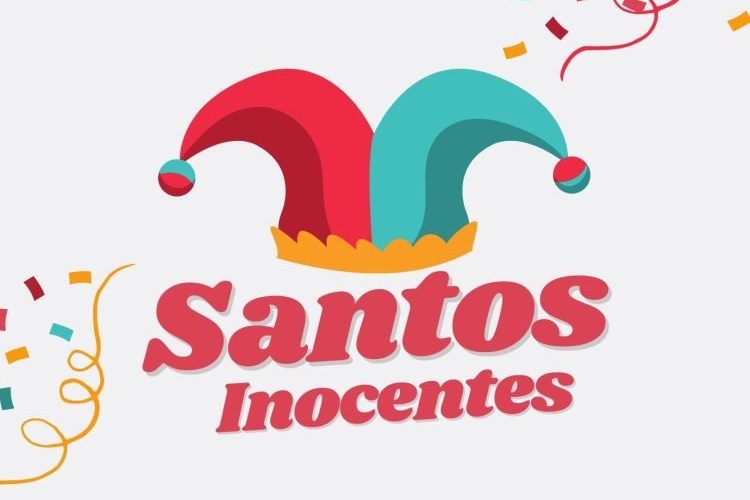 It is also very common to cut out white paper figures and pin them on people’s backs so you might see a few ‘innocents’ walking around completely unaware of the paper figures on their backs. Some newspapers might also sneak in the odd ‘fake’ news report. A charitable TV gala, raising funds for children in need, has also become popular in recent years.

Día de los Santos Inocentes does have a little bit of a morbid backstory though (like every good holiday I guess). It’s called the Day of the Holy Innocents because it commemorates the killing of all children under the age of 2 by King Herod in Belem.

For those not familiar with this event, King Herod committed this horrible act because he wanted to make sure that the baby Jesus would be killed and not pose a threat to him. As the story goes, King Herod was obviously unsuccessful in killing Jesus, thus he was tricked! This is according to the New Testament and this Christian holiday has now evolved into the modern-day celebration we know today.

So there you have it! If you find yourself the victim of a trick on Día de los Santos Inocentes, remember to laugh and enjoy the fun! If you’d like to know more about Christmas in Spain, make sure you read our tips for spending Christmas in Santiago, learn about some Camino Christmas traditions and test your cooking skills with our Christmas recipes!

written by Sarah
Content Marketing Specialist Sarah hails from Ireland's Sunny South East. She has always had a passion for travel and has lived in Italy, Spain and South Korea, visiting new places whenever she can. New Zealand is currently top of her bucket list. Passionate about writing, Sarah has an MA in journalism and was named Best Breakout Irish Travel Writer at the 2018 Travel Media Awards.
More by Sarah
Contact Us