Pamplona is the capital city of the former kingdom of Navarre, on the Camino Frances, Spain.

The city is located in the middle of Navarre, in a rounded valley known as the Cuenca de Pamplona, that links the mountainous North with the Ebro valley and is 92 kilometres from the town of San Sebastián, and 407 kilometres from the Spanish capital city of Madrid.

Jump directly to the Camino Frances from Pamplona. 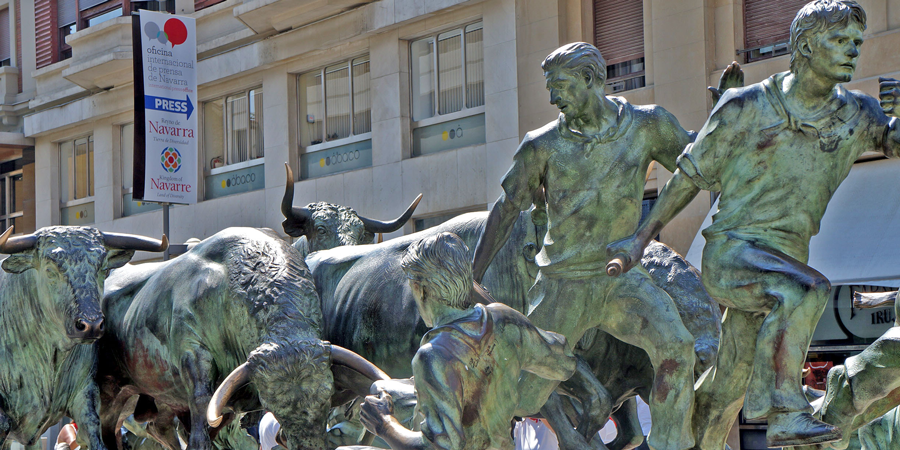 The climate and landscape of the Cuenca are Oceanic with influences of the Continental Mediterranean. They have mild to hot summers and cold winters. Because of its positioning high in the mountainous landscape, it gets a decent amount of rainfall but not much during the summer months.

The historical centre of Pamplona is on the right bank of the Arga, a tributary of the Ebro. The city has developed on both sides of the river.

The two most important museums in Pamplona are the Museo de Navarra, devoted to the archaeological and artistic heritage of Navarre, and the Museo Diocesano of religious art, located in the cathedral.

Pamplona is the first Spanish city you will encounter on the Camino Frances if you are coming from St. Jean pied de Port.

The city is famous worldwide for the San Fermín festival, from July 6 to 14, in which the running of the bulls or encierro is one of the main attractions.

This fiesta, known as Sanfermines to the local population, was first brought to widespread attention by Ernest Hemingway in his novel, The Sun Also Rises. 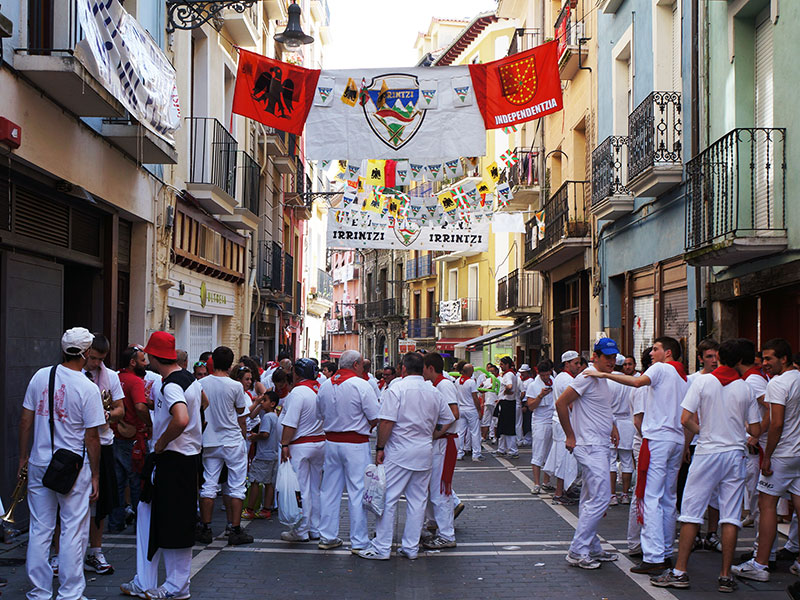 The festival of San Fermín is a deeply rooted celebration held annually from 12:00, 6 July, when the opening of the fiesta is marked by setting off the pyrotechnic chupinazo, to midnight 14 July, with the singing of the Pobre de Mí.

While its most famous event is the encierro, or the running of the bulls, the week-long celebration involves many other traditional and folkloric events. It is held in honor of Saint Fermin, the co-patron of Navarre.

It has become probably the most internationally renowned fiesta in Spain. Over 1,000,000 people come to watch this festival. The Running of the Bulls is a practice that involves running in front of a small group of bulls that have been let loose, on a course of a sectioned-off subset of a town’s streets.

Unlike bullfights, which are performed by professionals, anyone may participate in an encierro. The purpose of this event is the transport of the bulls from the off-site corrals where they had spent the night, to the bullring where they would be killed in the evening. Youngsters would jump among them to show off their bravado.

Read more about the Camino from Pamplona.

If you would like to get in touch with our dedicated team of Camino experts,