In Santiago de Compostela, you will find the imposing Quintana square, Praza da Quintana, at the back of the cathedral; with the plain granite stone and barred windows of the adjoining San Paio convent looking on. Quintana is a very popular square, frequented by pilgrims, locals and students who like to sit on the stairs and the stone seats under the San Paio convent. 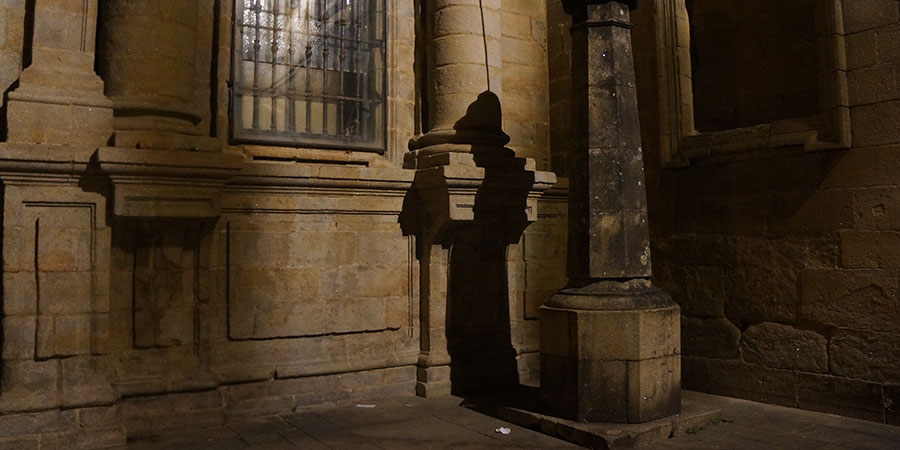 In a hidden corner of the square, by the cathedral, you might catch a glimpse of a very unusual shadow: the shadow of a pilgrim.

Some say this is soul of a priest who was in love with a nun from the San Paio Convent. The couple decided they would escape to be together. The priest disguised himself as a pilgrim so he wouldn’t be recognised but his lover never arrived. Since then, he visits the same spot in the square every night and keeps waiting…

Others claim the shadow is the spirit of a French pilgrim who walked to Santiago de Compostela as a penance for poisoning his own father. While on the Camino de Santiago, in Navarra, he committed another terrible crime and he is still waiting for the souls of those he killed to arrive in Santiago to finally receive his pardon.