St Jean Pied de Port is one of the most significant towns on the Camino de Santiago. Not only is it the finishing point for the Le Chemin du Puy Camino, Vezelay Camino, and the Paris-Tours Camino, it also marks the start of the famous Camino Frances.

The town itself was founded in the 12th century after the original nearby town of Saint-Jean-le-Vieux was razed to the ground by Richard I of England.

This destruction was part of a campaign ordered by his father King Henry II, to punish Barons who had previously fought on the side of Richard who had since reconciled with Henry. It was during this campaign that he acquired the name ‘Richard the Lionheart’. 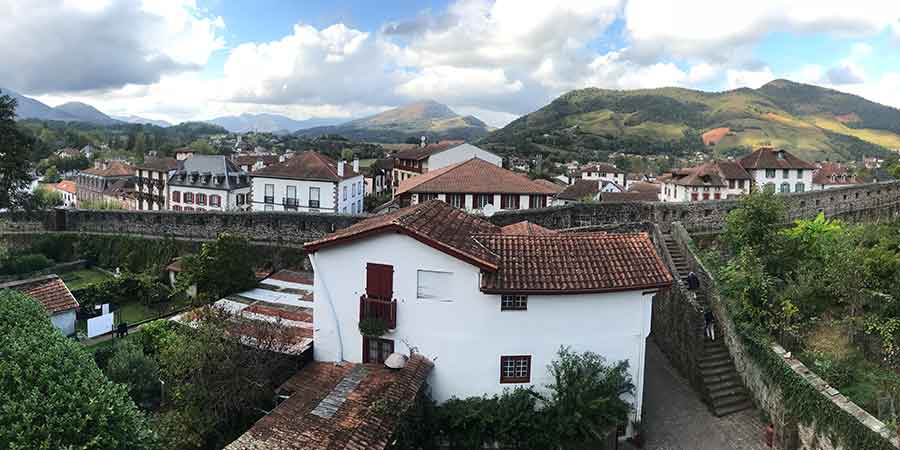 Situated strategically on a meeting of the River Nive and roads that extend into all parts of the Basque Country, the town has always been an important place for traders and pilgrims alike.

Formerly the capital of the Basque region of Base-Navarre, St Jean Pied de Port might be small in size but has great charm. The medieval cobbled streets are lined with beautiful and unique red and white buildings inside the old town walls.

What to see in St Jean Pied de Port

For pilgrims arriving at the town after one of the three Camino routes which end here, they will pass through the wonderful Porte St Jacques (St. James Gate). The 15th-century gate is UNESCO World Heritage-listed and sits just below the Citadelle, built in the 1700s.

The Citadelle was strengthened later in the 18th century by Vauban as part of his process of strengthening the borders of France under Louis XIV. From the Citadelle, you will enjoy fantastic panoramic views of St Jean and the countryside.

The cobbled Rue de la Citadelle (northside) and Rue d’Espagne (southside) both slope down to the river and are notable for their buildings with ornate wooden overhangs and balconies, which are carved with inscriptions, designs, and religious symbols.

At House No. 9 on Rue d’Espagne, there is an inscription that records the high price of wheat in 1789, which was the same year as the Storming of the Bastille.

On Rue de la Citadelle you can visit the Museum, located at the 16th century Maison des Evêques (Prison of the Bishops) and containing artifacts from the Camino.

At the bottom of the street, you will find the beautiful 14th-century church of Notre Dame du Bout du Pont (Our Lady at the End of the Bridge), which is made of the local pink Arradoy stone and sits beside the gateway onto the bridge over the river.

We highly recommend that you walk in the footsteps of the medieval protectors of the town by taking a stroll along the ramparts. 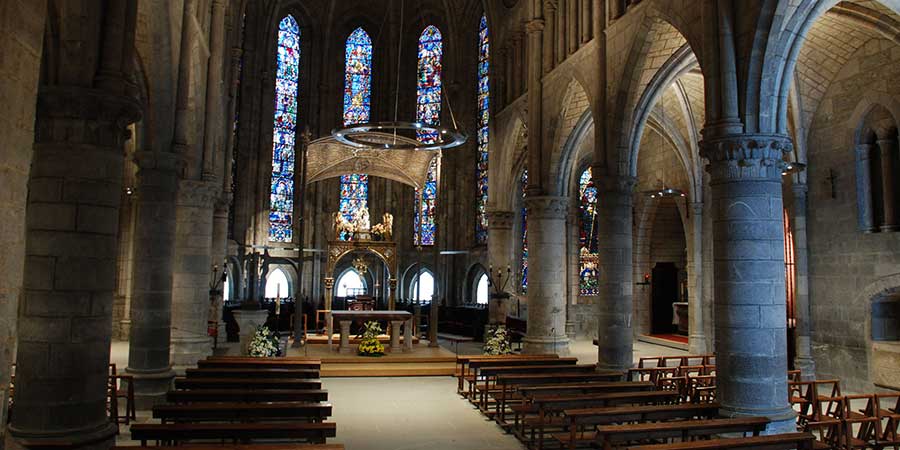 There is a wonderful culinary tradition in this area and some of the traditional food you may encounter includes: 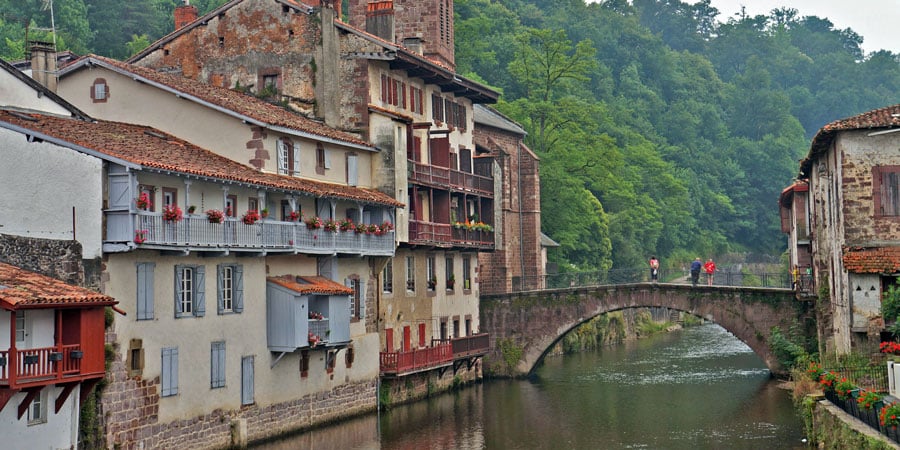 The starting point of the Camino Frances

If you are setting off on the Camino Frances you will feel a real sense of the journey beginning as you make your way up Rue d’Espagne, away from the river and through the Porte d’Espagne in the 19th-century walls.

You will meet many pilgrims from all over the world and the sense of excitement is palpable. These memories will remain with you long after you have finished your journey.

St Jean Pied de Port is the second most popular starting point for Camino de Santiago pilgrims with over 33000 pilgrims starting their journey here each year.

From the town, you have two options for your first days walking to Roncesvalles. There is the Route de Napoleon which travels over the Pass of Roncesvalles and the Valcarlos route which is more suitable for bad weather.

You can learn more about the Camino from Saint-Jean-Pied-de-Port on our dedicated page.

For more information about the Camino de Santiago routes or to book your Camino holiday, contact our travel specialists. 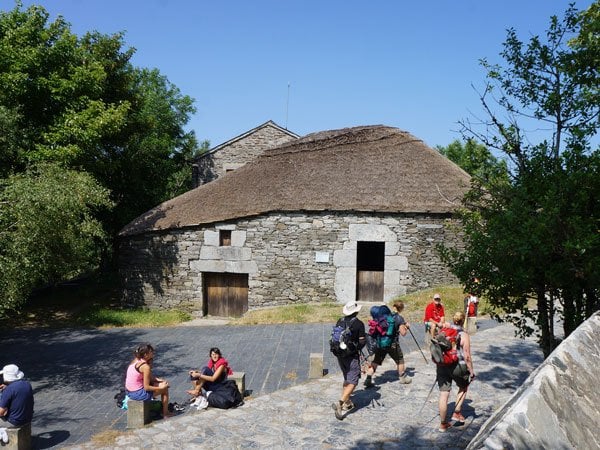 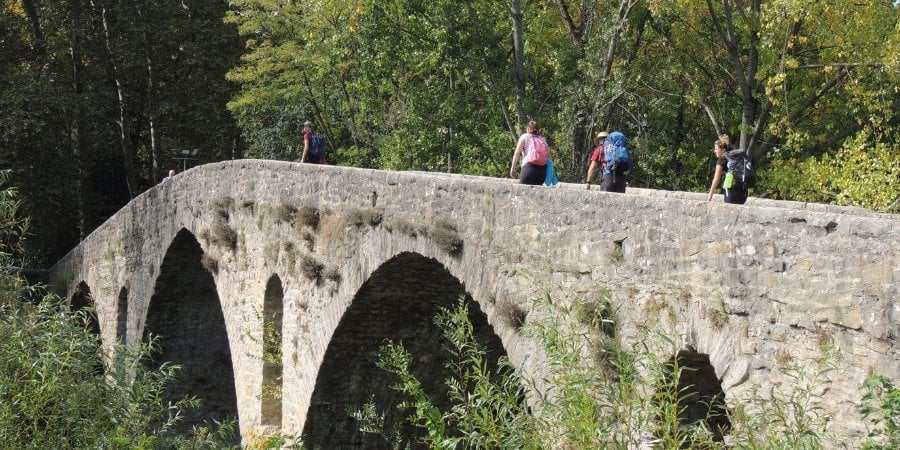 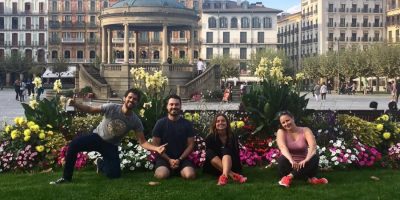