The Pilgrims were people who traveled from England to the Netherlands and then to New England by the beginning of the 17th century. They are nowadays easily related to Thanksgiving Day because, after the first harvest season in New England, they gave thanks to God and to the natives who helped them survive, celebrating for three days. By then, a tradition of Thanksgiving Day began. But now let’s discover their history…

Who are the Pilgrims?

We may tend to forget that the Pilgrims, nowadays surrounded by legends, were actually real people who lived hard times. By the time of King Henry VIII in the early 16th century, England was a Roman Catholic nation, until 1534, when the King founded the Church of England.

Some people, known as “Puritans”, weren’t approving of his new ideas and wanted to return to a simpler faith. Other people, known as “Separatists”, were even more radical, completely against the Church of England. As their opinion was very dangerous in England by that time, this second congregation left for the Netherlands, to the town of Leiden, hoping to find more freedom.

Life in the Netherlands was not as easy as they thought. They lived hard times of unemployment and some of them spent all their savings. Disappointed, they then began to dream of finding a better and easier place to live. Some of them went back to England, others set sail for New England on the Mayflower.

Pilgrim is a word attributed to a person who travels a long journey usually for religious purposes. After the arrival of the Mayflower in New England, the first baby born was called Peregrine, to celebrate the accomplished adventure.

Many writers began to refer to this congregation as “the Pilgrims” as they had traveled across the ocean because of religious issues.

For these reasons, those people are nowadays called “the Pilgrims”. 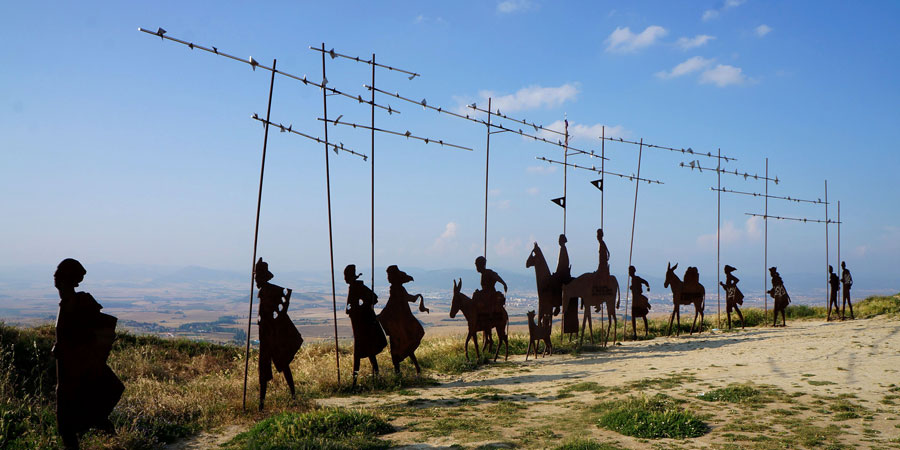 A brief history of the Pilgrims moving to America

In May 1620 the Mayflower ship and its crew were hired to take the Pilgrims across the ocean, direction New England. Most of the Pilgrims were living in the city of Leiden, in the Netherlands.

They hired the Speedwell ship to Southampton, England, where the Mayflower was waiting for them. The two ships were supposed to set sail together for America. But seven days after their departure from Southampton, they had to pull into the town of Dartmouth for repairs to the Speedwell, which had a leak.

About nine days later the two ships sailed again together but the Speedwell was leaking again. The two ships landed in Plymouth and the crew decided to leave the Speedwell behind. Some of the Pilgrims were already exhausted and quit, the rest set sail to America onboard the Mayflower, on 6th September.

The journey across the Atlantic Ocean lasted 66 days and it wasn’t always easy. Finally, the Mayflower reached Cape Cod on 9th November. At first, the Pilgrims’ intention was to make their plantation at the mouth of the Hudson River in New York, but because of the weather during their journey, they landed further North. Instead of moving South, the Pilgrims decided to stay and setting their plantation in Plymouth, after having explored the area. It was 25th December 1620 by then.

During their first winter, in 1621, 46 of the 102 Pilgrims died because of sickness and scarcity. However, at the end of their first year at the plantation, the Pilgrims decided to celebrate the successful growing season that finally rewarded their hard work. The three-day festivity included 90 natives who helped the Pilgrims survive, mostly teaching them how and where to fish and how to hunt and plant, introducing them to their traditional crops like corn and squash.

The Pilgrims thanked God and their new friends, starting a tradition of thanksgiving that never had a precise date of celebration until president Lincoln. The Pilgrims in fact celebrated thanksgiving in relation to the end of the harvest, between the end of September and the beginning of November.

On 3rd October 1863, President Lincoln set a date for Thanksgiving Day for the “last Thursday of November”, probably remembering the anchoring of the Mayflower on November 21st, 1620.

However, during Roosevelt’s presidency, Thanksgiving Day took place on 30th November 1933, the first weekend for the Christmas shopping season. Despite The National Dry Retail Goods Association protests, Roosevelt refused to change the date but changed his mind in 1939 when it happened again. By 1941 Thanksgiving Day was then set to 4th Thursday of November.

That’s our brief history of the Pilgrims and Thanksgiving Day. We hope you have a peaceful Thanksgiving celebration.

Feel free to contact us about any of our