Enjoy this Camino video of the Finisterre Way, the only Camino de Santiago route starting in Santiago de Compostela and taking pilgrims to the region known as Costa da Morte (the Coast of Death), in Galicia’s rugged Atlantic Coast.

Pre-Christian communities worshipped the sun in Fisterra, believed to be the magical place of Ara Solis. They also believed it was here, in the most Westerly point of Europe, where the sun died, swallowed each night by the ocean, and worlds of the dead and the living became closest.

From Cape Fisterra, perched on a cliff over the Atlantic Ocean, the Camino de Fisterra follows this magnificent coastline, dotted with quiet fishing villages, hamlets and pristine sandy beaches all the way to the sanctuary of A Virxe da Barca (Our Lady of the Boat) in Muxía.

Built on the granite rocks by the Atlantic, ‘A Barca’ sanctuary has been a pilgrimage destination for many centuries. Here you will encounter a fascinating mix of religious imagery and pre-Christian pagan beliefs and rituals.

The ocean has carved the local granite into exciting shapes and forms, and for centuries locals have attributed magical and curative powers to these unusually shaped stones. Did you know that if you walk under the ‘pedra dos cadris’ (the back stone) outside the sanctuary nine times, it will cure your back ailments?

Jacobean tradition has a slightly different version and claims this was where the Virgin first landed in Galicia, sailing on a stone boat, hence the name ‘A Barca’, which means boat in Galician.

You can give Muxía’s magical stones a go any time!; but if you travel in early September, you will experience the village’s most prominent festival (Romaria) first hand, dedicated to the Lady of ‘A Barca’.

Contact our travel specialists for more information about the Finisterre Way, the Camino de Fisterra, and other Camino routes.

More by Ruben
Ruben is from Barcelona. He likes going hiking with his wife to enjoy nature. They call him the 'the King of Cheesecake', for obvious reasons and he is at his happiest sharing a nice bottle of wine with friends while talking about life.
Contact Us 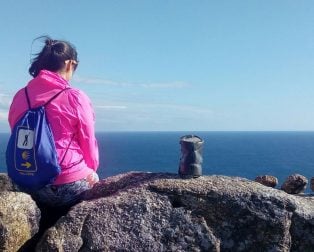 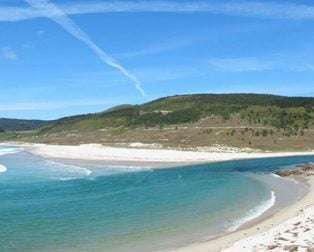 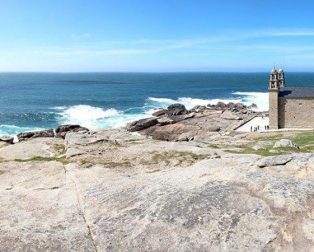 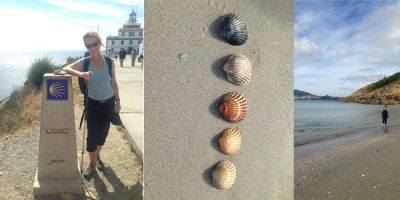 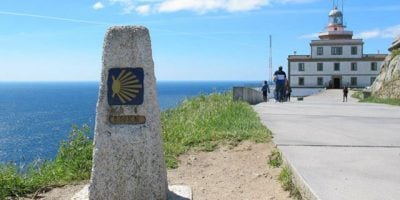