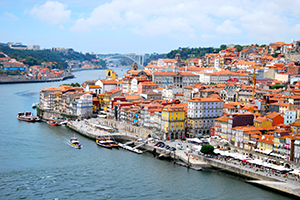 Since you loved reading our post on 5 things you probably didn’t know about Spain, this week, with the help of our resident Portuguese member, we bring you 5 weird and wonderful facts from stunning Portugal.

There is so much more to Portugal than just sun, sea and sand. This beautiful country with its sprawling coast is not only a visual splendour but also bursting with history and culture.

Their wine is green

Well … not exactly. Vinho Verde which translates quite literally as “green wine” is a Portuguese speciality. The word green, in this instance refers not to its colour, which isn’t strictly green but to the tradition of consuming this wine shortly after bottling ie. when it’s ‘green’. The wine’s fizzy nature originally occurred as a result of malolactic fermentation. This is generally considered as a fault in wine making but producers came to like the fizz and thus Vinho Verde was born. Vinho Verde is produced in the Minho region which both the Portuguese Way and Portuguese Coastal Way pass through. But do take it easy on this stuff and don’t say we didn’t warn you!

When Pedro I was crowned King of Portugal in 1357, he proclaimed his lover, Ines de Castro, Queen. He didn’t let the fact that his beloved had died two years previous get in the way …

They have a sweet tooth 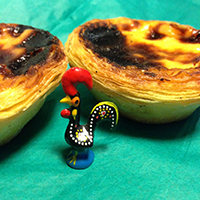 Pastry probably isn’t the first thing that comes to mind when you think of Portugal but did you know that the Portuguese actually make some of the world’s best pastries? The Pastel de Nata in particular is a feast for the taste-buds. Try at your own risk for you will never be the same after tasting an authentic Portuguese pastry. 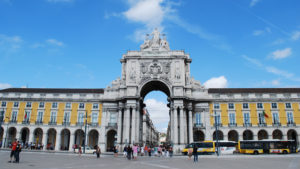 The Portuguese are masters of breaking records and setting trends. The Vasco da Gama Bridge in Lisbon is the longest bridge in Europe at 17kms long. Lisbon is also home to the oldest bookshop in the world, Livraria Bertrand has been open since 1732. Lisbon is the starting point for the Portuguese Way Camino.

They eat Bacalao every day

Okay that last one is a lie … but they could if they wanted to. Bacalao is the Portuguese word for cod and with over 365 different ways to cook it, the Portuguese really could have Bacalao every day of the year without ever having to repeat the recipe.

If you would like to incorporate a visit to Portugal as part of your Camino trip you have both the Portuguese Way and the Portuguese Coastal Way to choose from, all routes lead to Santiago de Compostela.

For more information about walking or cycling in Portugal, the Camino de Santiago routes or to book your Camino holiday, talk to our travel specialists