Have you ever wondered where your country ranks in terms of Camino pilgrims by nationality?

The Irish rank number 6 in the total number of international pilgrims walking the Camino de Santiago, the St James Way (according to figures from the Pilgrims Office in Santiago de Compostela).

In 2012, nearly 4,000 Irish people walked the Camino de Santiago, representing 2% of the total number of pilgrims heading to Santiago.

The popularity of the Camino de Santiago has been growing in Ireland and abroad in recent years, as CaminoWays.com director Roland Monsegu explains, ‘Ireland has a tradition of pilgrimage since the Middle Ages, including the tomb of St James and the cathedral in Santiago de Compostela.’

Spain ranks highest in the figures with their pilgrims accounting for 49.5% of walkers during 2012. 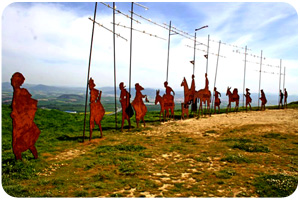 These are the Top 10 International Camino Pilgrims (walking the Camino in 2012):

So there you have it, these are the Camino pilgrims by nationality. Were you one of them?

*If you’d like to walk the Camino de Santiago, contact our travel consultants for information and advice.