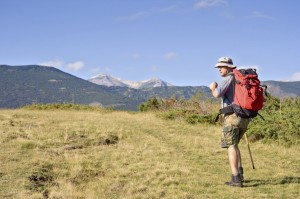 Travel writing – an individual telling a story about a journey through a landscape – is one of the world’s most primal forms of literature. Tales of travel take us back to man’s deepest literary roots, to the Epic of Gilgamesh and the wanderings of the Pandava brothers in the Mahabharata. Like epic poetry, but unlike the novel, the travel book has appeared spontaneously in almost all the world’s classical and medieval cultures, from the journeys of Hsuan Tsang in India and Basho in Japan, through the topographies of Ibn Battuta and Marco Polo, to the Celtic monks venturing westwards on their immram wonder-journeys.

Recently it has become almost a cliche to predict the extinction of travel writing in the age of the internet and Google Earth. And yet this ancient form stubbornly refuses to die. For every piece predicting its demise there is another announcing the arrival of some new talent: in the past few years, writers as diverse as Pankaj Mishra, William Fiennes, Suketu Mehta, Rory Stewart and Peter Hessler have all produced masterworks that show the continuing vitality of the travel book, as well as its ability to reinvent itself for each successive generation. But of all these, there is one in particular who has shown how utterly beautiful a brilliantly written travel book can still be. That writer is Robert Macfarlane.

Macfarlane, a young English don at Cambridge, produced his first book in 2003: Mountains of the Mind was a genre-defying look at man’s fixation with mountains. It won immediate acclaim and a cabinetful of awards. But it was Macfarlane’s second, the rich and lyrical The Wild Places, that first showed how far he was capable of out-writing almost any other prose stylist of his generation.

The Wild Places is, as its title suggests, a search for the feral in modern Britain; but it as much an exploration of the interior of Macfarlane’s mind as it is of the wilder reaches of the British landscape. The tangled path it weaves through history and memory, literature and landscape, high-flown prose and earthy observation rises to a bravura climax in its final chapter. Here Macfarlane concludes that “the wild prefaced us, and it will outlive us. Human cultures will pass, given time, of which there is sufficiency. The ivy will snake and unrig our flats and terraces, as it scattered the Roman villas. The sand will drift into our business parks, as it drifted into the brochs of the iron age. Our roads will lapse into the land.”

Now, after five years of work, Macfarlane has produced a sort-of sequel. The Old Ways is in some ways a continuation of its predecessors, being also about the connections between man and landscape. While in The Wild Places the chapters are arranged by topography – Beechwood, Island, Valley, Saltmarsh and Tor – in The Old Ways we have geological textures: Chalk, Silt, Peat, Roots and Flint. In other ways, however, Macfarlane inverts the concluding proposition of The Wild Places. For in The Old Ways the roads are shown to be almost indestructible, as if existing in geological rather than in human time, binding man to his past.

Macfarlane’s search in this book is for the ancient routes that criss-cross the landscape – mainly in Britain, but with occasional forays to more exotic spots. So we meander with Macfarlane not just along the old tracks of the Icknield Way and the Ridgeway, but also, more fleetingly, on “a branch line of the most famous pilgrimage route of them all, the Camino de Santiago” and on Buddhist trails in the eastern Himalayas, exploring the links between topography and belief. The subtitle of the book is “A Journey on Foot”, but in reality it is not one journey, but many, and not all are on foot: some of the best passages are about the old seapaths and ocean roads linking the islands of the Outer Hebrides with Norway, Iceland and Orkney. Like the pathways that weave the countryside together, there is no central spine to this book. Instead it is held together by a tight matrix of ideas about “the compact between walking and writing”, and how roads bind us to the land, and to our past.

The poet and walker Edward Thomas (1878-1917) is a constant presence. It was his book on the Icknield Way that first led Macfarlane to his theme, and Macfarlane is fascinated by Thomas’s idea of how an ancient road can be part of a ghost world “secretly sharing the landscape with the living” where you can connect with the thoughts, feelings and stories of previous walkers along the same footpaths: “walking as seance”. He writes how “in the dusk of the Holloways, these pasts felt excitingly alive and co-existent – as if time had somehow pleated back on itself”. Like Thomas, he is in love with the notion “that history issues from geography in the same way that water issues from a spring”. 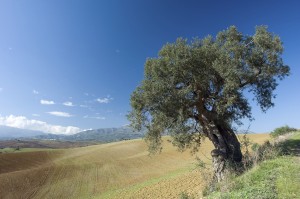 Bruce Chatwin is another clear influence and, like Chatwin, Macfarlane believes that walking is both therapeutic and inspirational. Yet his recklessly poetic and sometimes almost mystical speculations are always firmly rooted in the precision of his observation and reporting and irrigated by the wide variety of different interests he brings to his books. As an English don, he is profoundly literate, and here he brings the full weight of his erudition to the table. In different places in this book he quotes a dazzling range of obscure poets and novelists as well as great galaxies of writers on walking, wildlife and landscape.

Macfarlane can also tell a good story, and is companionable and funny: unlike many nature writers, he likes people, and his landscapes are filled not just with animals, stones and plants, but the countrymen – sailors, botanists, poets, archaeologists and crofters – who inhabit these remote places. Some he seeks out for their knowledge, others for their stories. One he admires for “his ability to read landscapes back into being, and to hold multiple eras of history in plain sight”.

Above all, perhaps, Macfarlane brings to his books his love and knowledge of the natural world, and so cross-fertilises the rich till of his travel writing with the loam of another very English tradition of observational literature: nature writing. He knows his plants and his flowers and can tell the “screech of a barn owl” from “the furry hoot of a tawny”. He is poetic and lyrical in his approach to the natural world, but can also be precise and scientific: while in The Wild Places we were given the best one paragraph explanation I have read of why leaves turn brilliant colours in the autumn, here there is a lucid description of why the eyes of certain animals reflect light in the dark – with each species giving off a slightly different shift in colour.

With this mastery of both travel and nature writing he brings together into confluence two great streams of British nonfiction. There are echoes here of Roger Deakin, Ted Hughes and WG Sebald, and, more faintly, of their American counterparts, Peter Matthiessen and Barry Lopez. But Macfarlane seems to have learned especially from the careful observation and incandescent prose of one of his heroes, JA Baker, the anonymous Essex librarian who wrote one of the great classics of 20th-century nature writing, The Peregrine, a book that Macfarlane has championed and for whose US edition he wrote a fine introduction.

Like Baker, Macfarlane is read above all for the beauty of his prose and his wonderfully innovative and inventive way with language. Like Baker’s peregrines, he stoops with unerring accuracy on his prey – the perfect image, the most elusive metaphor – and he can write exquisitely about anywhere, even Royston. This book is as perfect as his now classic Wild Places. Maybe it is even better than that. Either way, in Macfarlane, British travel writing has a formidable new champion.