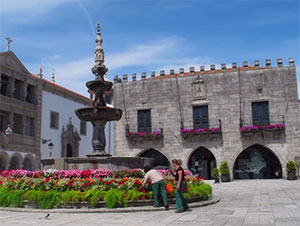 ‘Havemos de ir a Viana’, we shall go to Viana… goes the famous song made popular by Amália Rodrigues, ‘queen of fado’ and one of Portugal’s most respected singers of all time. Rodrigues sang about meeting her loved one in Viana do Castelo, this tiny city by the Atlantic Ocean in the heart of Portugal’s Green Coast, the ‘Costa Verde’, on the route of the Portuguese Coastal Way Camino de Santiago. Whether interested in fado or not, you should definitely follow Queen Amália’s advice and go to Viana. Here are five things you shouldn’t miss in this gorgeous seaside city by the shores of the Atlantic…

Santa Luzia Basilica has a familiar look. Built just over a hundred years ago, this basilica perched on the mountain of the same name, is the Portuguese replica of Sacré Coeur in Montmartre, Paris. While this is a pretty recent building, Santa Luzia enjoys amazing panoramic views of the city and the surrounding coastline. You can take the Santa Luzia elevator to reach the basilica.

If you are interested in more traditional sacred places of worship, you will find plenty to visit in Viana do Castelo, as the city has many classic Portuguese churches, convents and chapels scattered around the town centre: the rococo 16th century Capela das Malheiras, Capela das Almas from the 13th century, the baroque Igreja da Senhora da Agonia, the city’s cathedral or Sé dating back to the 15th century and many more… 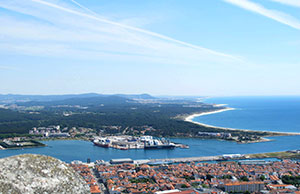 Apart from the vast array of religious buildings, Viana is also home to interesting civil and military architecture, including forts, the old city hall, manor houses and even a bridge over the Lima River designed by the prestigious Eiffel House of Eiffel Tower fame. The ‘big houses’ are generally named after important families of the region, most of them dating back to the 16th century, the city’s heyday: Casa de Sá Soutomaior, Casa dos Luna, Casa dos Werneck. You will also find the ‘hospital velho’, an old pilgrim hospital for pilgrims on their way to Santiago de Compostela, dating back to the 15th century.

The city has a long sea faring tradition and it was from Viana where many explorers and traders set off on their journey to the Americas. Walking along the Portuguese Coastal Way you will have the opportunity to enjoy some of the Costa Verde’s stunning Atlantic beaches, most of them pristine blue flag strands. 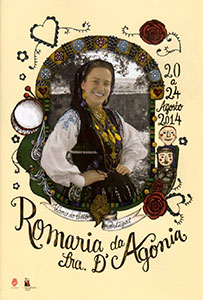 If you are interested in archaeology, the ‘Cidade Velha’ is an old pre-Roman village (or ‘castro’) you shouldn’t miss. It is one of the biggest in the North of Portugal. If you are continuing into Galicia, make sure to visit the Santa Tecla castro in A Guarda to compare notes.

Museu do Traje or Attire Museum is housed in a former Bank of Portugal building. This folklore museum is dedicated to the traditional Vianese regional attire, its history and the craft behind the outfits.

Good time to travel: Summer, particularly the month of August to witness the annual ‘Romaria’, a festival in honour of Nossa Senhora da Agonia.

What to eat: bacalhau (cod) Viana-style (each village and town in Portugal has a slightly different take on the classic bacalhau) and vinho verde

*You might also want to read Top 10 Portuguese Camino Foods

*For more information about the Camino de Santiago or to book your Camino holiday, get in touch with our travel specialists