If you’ve walked the Camino a few times, you may have come across Johnnie Walker. The man is famous around the Camino for writing guidebooks and improving facilities for pilgrims. He is now involved with the Camino Chaplaincy, a special not for profit fund that is helping pilgrims and Camino organisations on their journey. We caught up with Johnnie to talk all things Camino:

How did you first hear about the Camino?

One evening in 2002 I went to dinner with friends. “Come and see what Jenny has been up to,” said Graham as he pointed to a map on the wall. There were pictures of Jenny walking along a line across the top of Spain. They explained over dinner that Jenny had walked the Camino to Santiago in stages. Jenny told me about meeting other pilgrims, blisters, albergues, the towns through which she passed and her arrival in Santiago. I’d vaguely heard of Santiago de Compostela, and I knew a little about Saint James, but I had never heard of the Camino.

That conversation sparked off hours of research on the internet and more hours of daydreaming. But my job was demanding and four years passed before the daydreaming became a reality.

When did you walk your first Camino and what inspired you to do it?

The more I learned about the Camino the more the idea took grip in my mind. I was mentally packing and unpacking my rucksack … then eventually, when I bought the gear, I physically packed and unpacked it. I even stood under the shower to test my rain jacket. People thought I was going crazy. The more I read about the Camino, the more motivated I was to do it. I wanted to make big changes in my lifestyle and the Camino became the bridge to a new way of life. I set off from Seville to walk the Via de la Plata on 2 January 2007. 36 days and 1,000 kms later I arrived in Santiago. Everything had changed!

How many have you walked since and what would you say is your favourite?

I’ve lost count. I started writing guidebooks to raise funds for the Confraternity of Saint James which meant I not only had to walk the routes but I had to go back every year or so to update them. I reckon I’ve walked the Camino Inglés alone at least 17 times. The Portuguese routes 6 or 7 times. The Vía de la Plata still has a special place in my heart, but the most epic route in Spain is the Camino Levante from Valencia. It crosses all of Spain through Don Quixote country. It is long, challenging and very beautiful. I’ve also walked from Florence to Rome and the 88 Temple Pilgrimage on the Japanese island of Shikoku. Fabulous routes and experiences.

Can you tell me about the biggest challenge you’ve faced on the Camino personally?

In the beginning, it was blisters. I thought I knew best and, although I’d read about travelling light, I packed far too much. Then it was my lack of Spanish. But I’ve overcome both of these and now walking with no more than 6 kgs in my pack means no blisters and being able to talk to local people is hugely rewarding. One of the biggest challenges is keeping my mouth shut when I hear some pilgrims being critical of others because they don’t carry their rucksacks or don’t sleep in albergues. Keep your nose out of other people’s pilgrimage is my motto.

What inspired you to become so involved with Camino culture and advocacy?

In the beginning it was doing voluntary work in the Pilgrims’ Office. I was the only volunteer. Meeting pilgrims every day and writing the compostelas was an inspiration. I did this for almost 7 years. Then I realised there were no services for English speakers, so I started the daily Mass in English and organised that for four years. I had to find and accommodate priests which proved surprisingly easy. This led to the Camino Companions starting in Santiago. At the same time I started writing guidebooks. Then I was asked to write a Spiritual Companion, then another and, just recently, I was asked by the publisher to write a book of my own stories. Incredibly Joyce Rupp, the spiritual writer who wrote Walk in a Relaxed Manner, and Martin Sheen, the film star who made the film The Way, agreed to contribute. It has all become a bit of a magnificent obsession!

What Camino organisations have you been involved with over the years?

I’ve been a member of a number of the English speaking pilgrim associations and I very much support the activities of FICS – the International Fraternity of the Camino to Santiago. This is a volunteer pilgrim-led organisation which campaigns to protect and improve the Camino.

You are now living locally and have seen most of the Camino routes. How important is the Camino economically for these communities?

Hugely important. The Camino is the lifeblood of some of the smallest communities and, in Galicia in particular, is at the heart of the local economy. Every year several million tourists visit Santiago. They come because of the pilgrims who walk here. 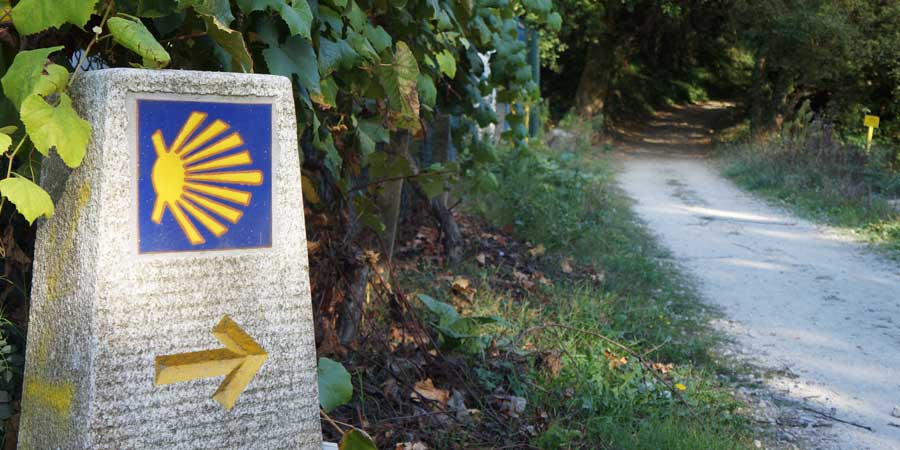 What is the motivation to keep walking?

Because it is sooooooo good! The Camino is a life-giving and nourishing experience. I’ll keep on walking as long as I can.

Your new book ‘It’s About Time, A call to the Camino de Santiago’ shares stories of people you’ve met along the way. Can you tell us one of your most favourite moments from the book?

I’m going to say buy the book – 100% of all proceeds goes to Camino organisations! But it is full of my Camino stories and those of some of my friends. It has stories of friendships formed, personal challenges met, like: Helmut, a German I met who, despite being hugely successful had problems with drugs; Zena, who had escaped a brutal husband and rebuilt her life; the French couple who were walking in memory of their daughter who had died of cancer… and many more. 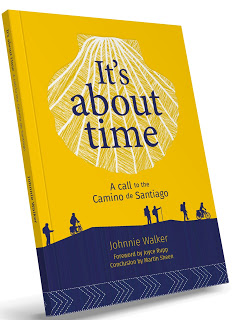 What legacy are you looking to leave amongst the Camino community?

I’d prefer just not to leave any trace so that the Camino is for others as it was for me when I first stepped out.

Tell us about the Camino Fund?

It is a fund to help encourage the next generation of pilgrims. Looking at the statistics of the pilgrims who walk to Santiago, most are over the age of 30, and there are very few indeed under the age of 25. Through the Camino Fund we’ll find and support projects which encourage young people to walk the Camino.

How can people donate or apply for a grant?

What’s up next for Johnnie Walker?

More walking and a brand new guide-writing project … to be announced soon!

For more information on any of our walking or cycling Camino tours, please contact our travel experts.