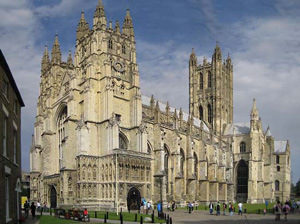 Archbishop Sigeric is also known as Sigeric the Serious, travelled to Rome to be ordained by Pope John XV. When he returned home he wrote a travel diary, detailing his experiences along the walking route and noting 80 distinct stopping places for pilgrims who choose to embark on the journey. The diary of Sigeric is still considered the most authoritative source for the direction of the route. It is often called “the Via Francigena according to Sigeric” to define it as a more ‘philological’ path.

Travelling this passage dates back to the seventh century when the Lombards vied for more territory in Italy. Towards the end of the first millennium, Rome was considered holy ground and the importance of sites like Santiago de Compostela, the Via Francigena and Jerusalem increased dramatically. The activity of Pilgrimage journeys grew in profile. Often pilgrims would walk the way to Rome and continue towards the port of Puglia where they would make the journey for Jerusalem. Instead of heading South, Italian pilgrims would follow the road to Rome and upwards to Santiago. Pilgrims would get blessed by a local priest and prepare a full will before leaving on the long-distance journey. 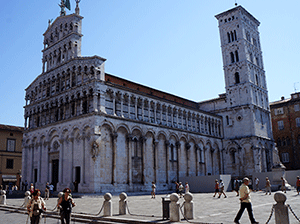 The via Francigena was increasingly used an important European trade route. The increasing use of the via Francigena as a trade route led to the unprecedented development of many towns along the way. The way became an essential route to take the goods from the east (silk, spices) to the markets of northern Europe and trade them. In the 13th century trade grew to such an extent that several alternative routes to the via Francigena were developed, and it, therefore, lost its unique character and broke into numerous different routes linking the north and Rome. Also, the walking paths and trails often linked monasteries instead of major cities and by the 16th Century, there were more direct routes.

The number of modern pilgrims on the Via Francigena is very small compared to medieval times, the heyday of long-distance pilgrimage in Europe. However, the Via Francigena has been slowly rediscovered in recent years, particularly since the 1990s. 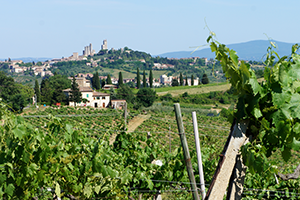 The route received the title of European Cultural Route by the Council of Europe in 1994, meaning more resources and funds were allocated to maintain, mark and promote the trail; particularly by the Italian Government. In 2007 a 0km milestone was laid outside Canterbury Cathedral, the official starting point of the Via Francigena.

Like the Camino de Santiago, the Via Francigena is today more than just a pilgrimage: it is an adventure that gives walkers and cyclists a precious opportunity to discover Europe and the cultures along the route at a different pace.

For more information or to book a section of the Via Francigena, contact one of our travel specialists.