Highlights of the Vezelay Way 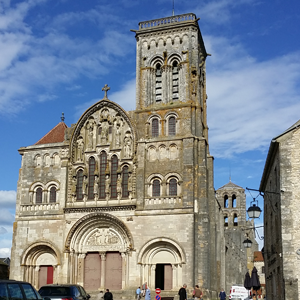 The Vezelay Way is one of the classic routes of the Camino de Santiago in France and has been used as a pilgrimage trail for centuries. The Way is split into five sections which will take you through the heart of rural France on a journey of discovery, which will immerse you in the history and culture of this wonderful country.

Starting in the town of Vezelay, the route takes you out of the Paris Basin and through the Massif Central to the foot of the Pyrenees. Along the way the trail passes through open farmland, forests of pine and oak, vineyards, cliff lined gorges and along streams and rivers such as the mighty Dordogne. The route will take you past churches, cathedrals, castles, chateaux and medieval villages as you walk in the footsteps of Richard the Lionheart, Napoleon and the army of Julius Caesar, as well as all the pilgrims who have passed this way before you.

In Vezelay the walk starts at the Abbey which is considered to be a masterpiece of Burgundian Romanesque architecture. The 12th century building contains relics which are said to be those of Mary Magdalene and the abbey was the starting point for the 3rd crusade in 1190. The Abbey is a UNESCO World Heritage Site as are many of the churches and cathedrals along the way due to their association with the Camino de Santiago.

Some of the highlights along the way include: 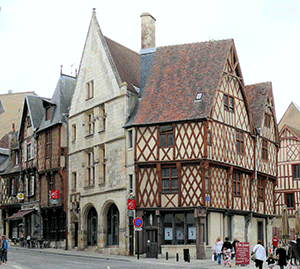 The City of Bourges which was destroyed by the forces of Julius Caesar in 52 BC and then rebuilt as a roman city. The 12th century cathedral is considered to be one of the earliest examples of the high gothic style.

The church of Neuvy-Saint-Sépulchre which is a replica of the Church of the Holy Sepulchre in Jerusalem and is said to hold two drops of the blood of Christ in its reliquary.

The village of Gargilesse which is regarded as one of the most beautiful in France and has been the inspiration for artists and writers for centuries. The village with its beautiful church and quaint houses seems like the perfect setting for the harp festival which takes place here every august.

Crozant which is nestled along the Creuse River amid cliffs and gorges. It sits on the geological boundary between the Massif Central to the south and the Paris Basin to the north. The area was an inspiration for many artists including the impressionist Armand Guillaumin. When the water in the river is low you can see the remains of a bridge which was destroyed during the Second World War.

La Souterraine with its 11th century church, 13th century gate (Porte de St. Jean) and the 15th century manor house. The village is also home to Cirque Valdi which is the largest animated circus in the world. It covers an area of 300m² and features every aspect of a circus in intricate miniature detail.

The town of Orthez which is home to a very distinctive fortified bridge and a 13th century pentagonal tower. It was also the site of a battle in 1814 during the Peninsula War which saw an Anglo-Portuguese victory over the French army. 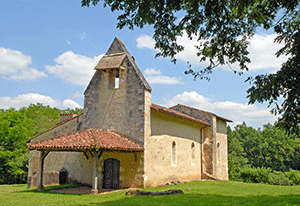 As well as experiencing the beauty of the natural and built environments through which the way passes, you will also be treated to the best that French gastronomy has to offer. You will get the chance to sample some of the most synonymous French dishes such as Bourguignonne beef, escargots, truffles in the ‘truffle capital’ of Sorges, ham known as Jambon de Bayonne in Orthez and as you get closer to the Pyrenees, various type of sheep’s cheese.

The way ends in St Jean-Pied-de-Port which is the starting point for the French Way of the Camino de Santiago.

For more information about the Camino de Santiago or to book your Camino trip, contact our travel specialists.