These are six Christmas traditions you will encounter if you are travelling on the Camino de Santiago in Spain at Christmas time, and not a turkey in sight! 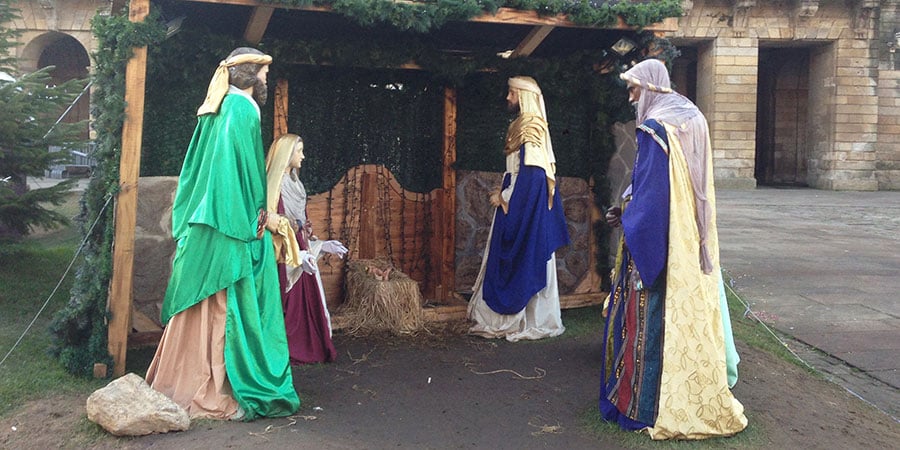 22nd December marks the official launch of Christmas in Spain: the biggest lottery of the year takes place today, the country’s mighty Christmas Lottery. Even if you don’t buy lottery tickets any other time of the year, this is the time to do it. More than gambling, it is just another Christmas tradition. The biggest prize is called ‘El Gordo’ (the fat man).

For the winners, it is an extraordinary way to end the year and for those who don’t even manage to get any of the money spent back, well! there are more important things in life than money. As they say in Galicia: ‘mentres que haxa saúde!’ (at least we have health!). The Spanish Christmas lottery has been taking place for over 250 years.

Christmas Eve is probably a more important date than Christmas Day in most parts of Spain: it is tonight when the big family dinner and reunion takes place. It is called Nochebuena in Spanish (Noiteboa in Galicia), meaning ‘Good Night’.

Families get together, eat copious amounts of food, sing Christmas carols and share the general merriment!

25th December: Santa arrives – not quite! 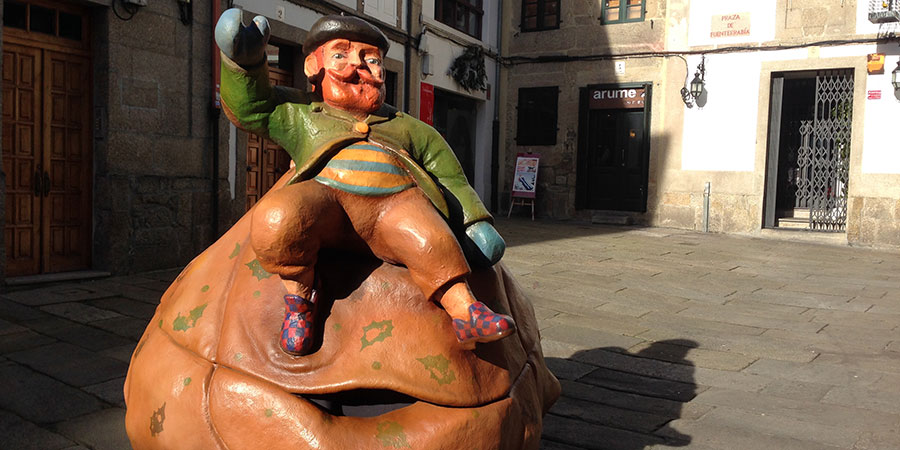 Children across Spain will be opening presents from Santa on 25th December. However, Having gifts delivered by Santa is quite a recent development in most of Spain.

Traditionally, in the Basque country, children get pressies from a Basque farmer with beret and pipe called ‘Olentzero’.

In Catalonia, the ‘Tió de Nadal’  or ‘Caga tio’ (a gift-pooping Christmas log) is in charge of delivering presents to the children in the house in quite an unusual fashion: kids beat the log with a stick in order to get their presents.

In rural Galicia, ‘O Apalpador’ is a ginger-bearded mountain folk who goes down to the villages on 24th or 31st December to check if children have eaten enough during the year and leave them chestnuts, food and maybe also a few other gifts.

28th December is Spain’s equivalent of April Fools, a general prank day. It is not uncommon to see people walking around with paper notes stuck on their backs. It means ‘the innocent saints’ and the date originally honours the lives of the children killed by King Herod during his search for Baby Jesus.

New Year’s Eve is time to welcome the New Year and bid farewell to the old one. In Spain, 31st December is called ‘Nochevieja’, or ‘Old Night’.

At midnight, everybody gets in front of the TV or at the local town hall (mainly in bigger cities) to eat 12 lucky grapes: one for each stroke of the clock.

Don’t forget to wear red underwear for good luck and have a glass of cider, cava or champagne! 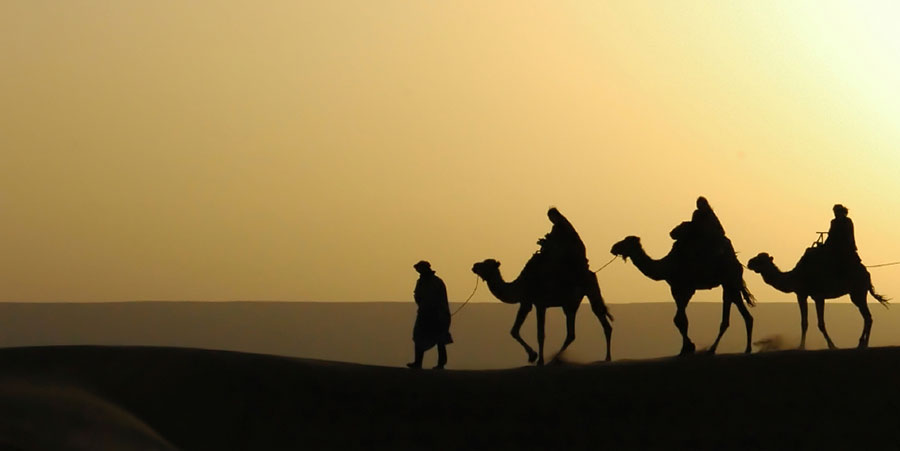 This is the biggest day for children in Spain, traditionally, when the Three Wise Men from the East (Los Reyes Magos de Oriente) come to town riding their camels to bring them gifts. The only condition is that they should have been behaving all year around.

Most towns also hold a ‘Cabalgata’, a Three Wise Men parade, the day before, when the mighty ‘Kings’ parade around town to say hello to the kids and remind them to leave a few bits of food for them and their tired camels. It has been a long journey from the Middle East after all! Kids also leave their slippers under the Christmas tree with their letters addressed to their favourite ‘King’: Melchor, Gaspar or Baltasar.

In Northern Portugal is also traditional to go door to door singing on this day, getting sweets and treats in exchange; while in France, it is all about indulging in the frangipane-filled Galette de Rois.

Wishing you all a wonderful and happy Christmas!

For more information about the Camino de Santiago or to book your Camino holiday in 2021, contact our travel specialists.

Don’t forget you will get 10% off the price of your trip if you book before December 31st!