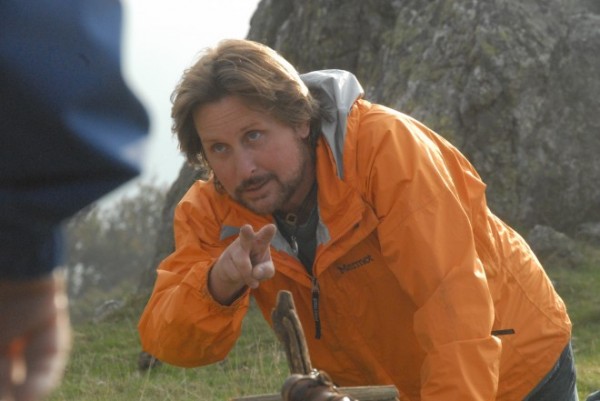 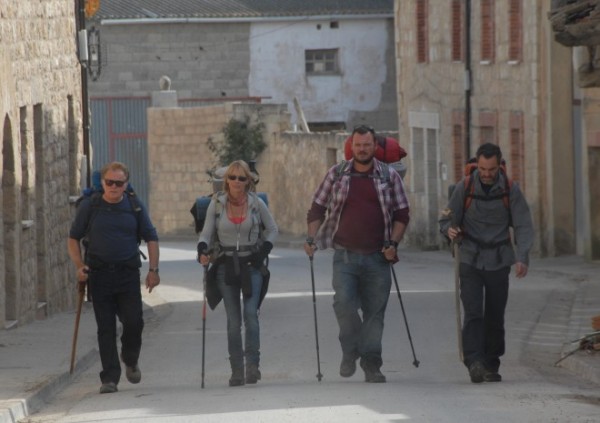 GD: Atheism, for the first time, has a strong voice in America. Why would someone who holds atheistic or altruistic values be interested in the Camino de Santiago or your movie, The Way?
EE: When we were out there shooting, we ran into lots of atheists, agnostics and adventurers who were just there for the sport of it, and guys who were there, looking to meet girls. It’s not unusual that married men or women will go out solo and, by the time they reach Santiago, they will have filed divorce papers and they’re on to a whole new life. The Camino has opened people up – not just in a spiritual way – but has brought people closer to a truth that maybe they were not willing to look at while they were in the middle of whatever it was they were in the middle of – maybe an unhappy marriage, a terrible job, whatever situation was that they were in. They get to the end of the Camino and they decide to make some changes that have nothing to do with being religious or even spiritual. Any young person who has ever contemplated getting the Eurorail pass and getting a backpack and going around Europe, this is a place that should be on the bucket list. Northern Spain is just really cool. The food is great, the wine is outrageous and you get to walk through all these great historical places – it doesn’t have to be a religious pilgrimage.
GD: The movie has a message that there is a difference between the life we live and the life we choose. We all get trapped in day-to-day challenges and habits that are tough to break, making change very difficult. What advice would the characters Daniel or Tom offer to those trying to live a better life?
EE: It’s being in life and continuing to be a tourist. I think that’s the issue I have with a lot of the [electronic] devices everyone uses, whether it’s an iPad or a smart phone, if you notice and you watch people walking through the streets with their noses in their iPhones, everyone is looking down – no one is looking up.
I think it’s an interesting study because when you’re a tourist in a foreign land, you’re looking up. You’re looking at the sights and the architecture and the people. Your head is up and you’re looking at the world. I think we’ve stopped being tourists, even in our own backyards. There’s a danger there when we lose that sense of wonder; when we don’t look up and see a sunset or look up and smell a flower. I know it sounds trite, but those are the things that ultimately feed us. Those are the things we’re going to lose if we don’t take a moment and slow down and implant those things on our brains. Those are the things we take with us. All of this technology is great, but we’ve become addicted to it. We’ve got to find a balance.
GD: Are you sure it’s not simply because international data charges are too high?
EE: (laughing) Maybe!

by Dave BANKS, on October 4, www.wired.com