The Finisterre Camino or Camino de Fisterra is a unique route traditionally starting in Santiago. However, in this route you will be starting in Muxia before traveling through Finisterre, once believed to be the ‘Edge of the World’ and finishing up in Santiago de Compostela. This trail takes pilgrims east from the stunning Atlantic coast of Galicia as part of a guided group.

Once in Fisterra, enjoy a well earned swim in the sea. For a really special experience we recommend starting in the quaint fishing village of Muxia and then walking along the rugged coast, famed among pilgrims for its picturesque sanctuary by the ocean and ‘magic’ stones. Contact our travel team to learn more about the Finisterre Camino.

Once in Santiago you can get your Compostela certificate.

Please note: This tour is conducted in English however all our guides are fluent in Spanish also.

You can extend  your Camino journey by starting in A Virxe da Barca in Muxía  along beautiful coastal paths to the sanctuary of to Cape Fisterra, a traditional pilgrimage destination in a stunning location overlooking the Atlantic Ocean.

From the 12th century, the Codex Calixtinus associated these lands with the pilgrimage tradition. This medival Camino ‘guidebook’ tells the story of how the disciples of Saint James travelled to the city of Dugium, in present-day Fisterra, seeking authorisation from a Roman legion to bury the apostle at the site where Compostela stands today. The Romans, suspicious of their motives, threw them into prison. However, they eventually managed to escape, and just as the Roman troops were about to catch up with them, they scurried over a bridge that collapsed just as the Romans were attempting to cross in pursuit.

The Fisterra Camino is frequently referred to in odeporic literature. The oldest story is that of George Grissaphan, a Magyar knight from the 14th century. The story recounts his adventures as a pilgrim and hermit in Fisterra. In the late 15th century, Polish pilgrim Nicholas von Popplau, journeyed to Muxía after having visited Compostela. He described the remains of the “wrecked ship, made of genuine stone” belonging to the Virgin Mary.

On his pilgrimage from Italy, the Venetian traveller Bartolomeo Fontana (16th century), visited Fisterra, and reported that those who were free of mortal sin could move the stones of the ship of Muxía with just one finger. Domenico Laffi (17th century) the clergyman and scholar from Bologna, journeyed to Fisterra as well. He wrote of the lighthouse guiding the sailors to safety through the turbulent waters in the area. Many of these stories mention the Mount of Saint William, who was a legendary hermit in the area. This hermitage, no longer standing, was associated with fertility rites. 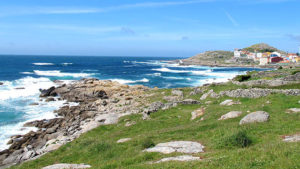 The fishing village of Muxía will charm you with its mix of pagan and religious traditions. Visit the Virxe da Barca sanctuary and its famous ‘rocking stones’ overlooking the Atlantic. According to tradition, you have to walk 9 times under the ‘Pedra dos Cadrís’ to cure all your back ailments. And don’t forget to taste some of Galicia’s famous seafood. 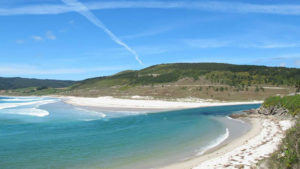 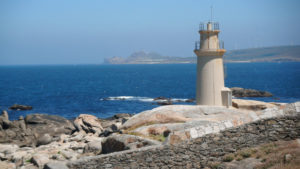 A beautiful path awaits for your walking day to Fisterra, hugging the cliffs and coves of the bay. Your final destination is Cape Fisterra (or Finisterre in Spanish) and its striking lighthouse. Watch the sunset right at the ‘End of the World’. 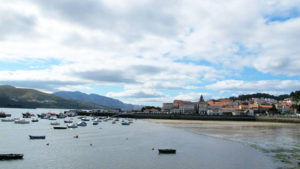 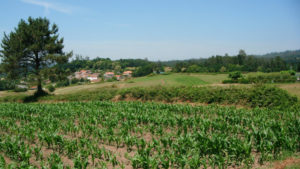 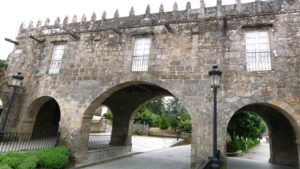 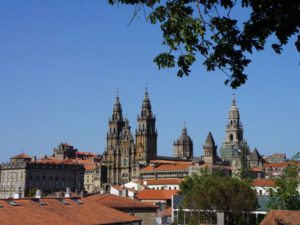 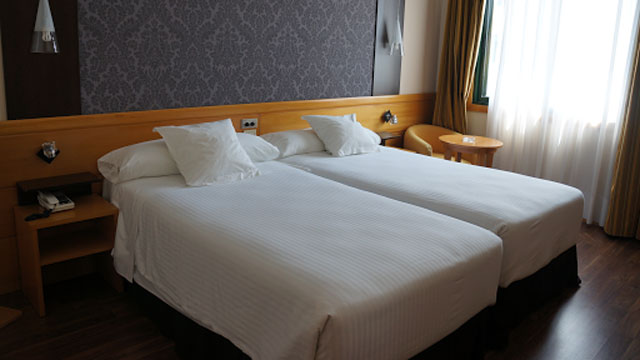 Group Transfers to and from Santiago International Airport are included as part of this guided tour.

All our guided trips include; Luggage transfers (one bag up to 20kg per person), dinner each night*, airport transfer at set times *, friendly English speaking guide, holiday pack and maps, all rooms with private bathroom, 24/7 support during your trip and GPS data files.

Please note that we require a minimum of 6 people for this tour to go ahead.

*If you requested any extra nights at the beginning or at the end of the tour, the associated dinners or the free airport transfers will not be included.

*If you requested the Tapas tour, this will replace the group dinner on the day you arrive in Santiago.

*This year, important restoration works continue at Santiago Cathedral in order to get the cathedral fully restored ahead of Holy Year 2021. Read more here