The Camino Catalán (Cat: Camí de Sant Jaume) is the name of the Camino de Santiago route that takes pilgrims across Catalonia: from the Mediterranean coast at Barcelona to La Rioja. There, pilgrims can join the French Way and continue walking to Santiago de Compostela, in Atlantic Galicia.

In the Middle Ages, the main ways to Santiago followed the old Roman road network, connecting cities with important political and religious status, since they were the safest and most popular. It is believed that pilgrims walked to Santiago from Catalonia and further afield as far back as the XIII century, but there were many different routes. 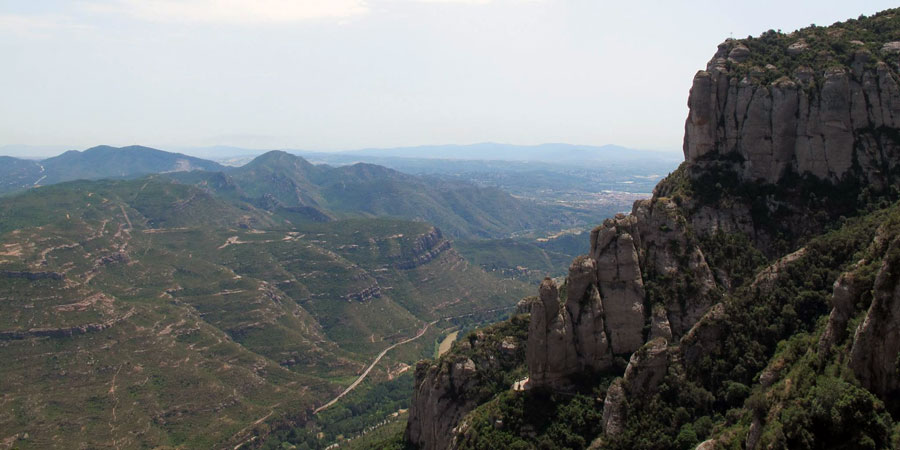 This could be due to the fact that, during the first centuries of the pilgrimage to Santiago de Compostela, pilgrims traveling from Catalonia had to adapt to frequent changes in the border between the Muslim and the Franc-Catalonian areas, as the so-called ‘Reconquista’ hadn’t yet been finalized. This was an added difficulty to pilgrims and many chose to access the Iberian Peninsula via the Western side of the Pyrenees instead (along the French Way).

Divided into four walking stages, today’s Camino Catalán to Santiago starts in the cosmopolitan city of Barcelona and takes walkers across the Catalonian countryside and then West to Aragón before finishing in La Rioja. Along the way, travelers walk by towns, cities, and countryside with striking landscapes, such as Montserrat, the Ebro valley, and La Rioja region.

This journey is packed with visual and culinary highlights. Take some time to explore Barcelona. Visit the Camp Nou, home to Barcelona Football Club. This is Gaudi’s city, and his architecture is littered throughout. The Sagrada Familia church is perhaps the most stunning building in the city and even the world. 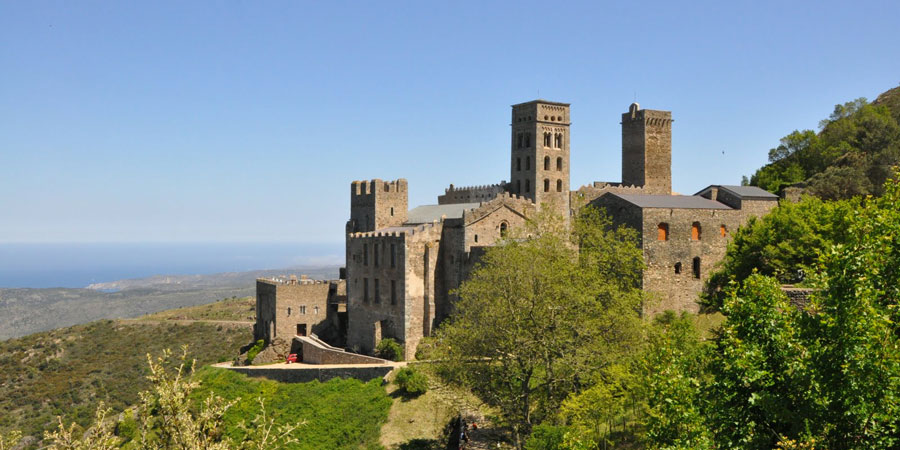 –
After you leave the city you are treated with all the joys of a Camino trail. Nature, flora and fauna, peaceful rolling hills and authentic Spanish towns. The walk to Monserrat is challenging but the views make it all worthwhile. Montserrat National Park is known as Catalonia’s Holy Mountain, and it’s the perfect place to energize and reflect.
Another undoubted highlight of this trip is The La Rioja wine region. The gorgeous green vineyards that accompany the trail are home to some of the world’s most renowned winemakers. Zaragoza, the other major city on the route, is also renowned for its architecture.
For more information on any of our walking or cycling tours, please contact the travel specialists.

written by Ruben
Ruben is from Barcelona. He likes going hiking with his wife to enjoy nature. They call him the 'the King of Cheesecake', for obvious reasons and he is at his happiest sharing a nice bottle of wine with friends while talking about life.
More by Ruben
Contact Us