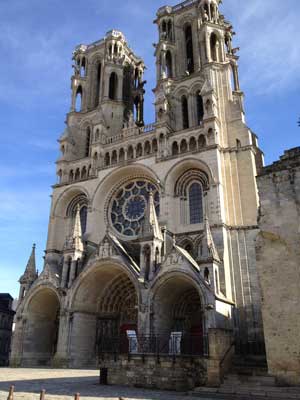 The Via Francigena makes its way from Canterbury in England to ‘The Eternal City’ of Rome. Along the way it crosses the English Channel and passes through France and Switzerland before making its way into Italy. The first couple of sections of the Via Francigena will take you through the peaceful countryside of Northern France. It’s hard to believe that 100 years ago, this small corner of Europe bore witness to some of the most unimaginable horror the world has ever seen. For centuries the area has seen pilgrims pass through on their way to Rome, the area now sees pilgrims of a different kind as people come from all over the world to pay respect to the millions of people who lost their lives on the Great War Battlefields.

Along the way the peaceful farming landscape is interspersed with the remnants of the war. Bunkers, fortifications, craters and monuments which litter the area serve as a reminder to the physical impact the war had on the area. The many cemeteries which you will pass show the human price that was paid. 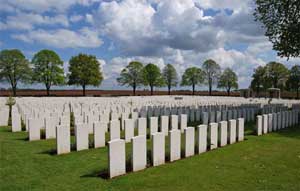 Much of the way passes through what was known as zone rouge. This was an area which covered 1,200 square kilometres of the Great War battlefields and was deemed to be unfit for human habitation due to the physical and environmental damage. Housing, farming and forestry were forbidden for many years after the war in zone rouge due to the huge amount of unexploded ordnance along with contamination from human and animal remains. Some towns and villages were simply wiped off the map. While most of zone rouge was deemed to have suffered major damage, much of it was completely devastated. While the restrictions have been more or less lifted there are some parts of the countryside which have been left as they are, particularly in wooded areas.

While there are many small cemeteries along the Via Francigena, with two of the larger ones being at Ecoivres and Cormicy. At Ecoivres Cemetery just before Arras, 2,518 British, Irish, French, South African, Australian and German soldiers are interred. The nearby ruined towers of Mont-Saint-Eloi Abbey where used as look-out points by French soldiers. The Cormicy War Cemetery is one of the largest of the First World War and holds the graves of 14,000 French soldiers. The Cormicy Cemetery sits along the Chemin des Dames which for much of the war marked the frontline. The Via Francigena follows the Chemin des Dames for much of its route. 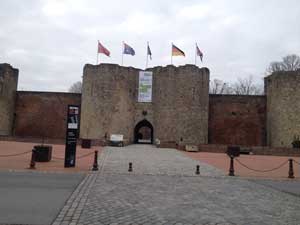 In Arras you will find the Carrière Wellington Museum. The museum is housed in an underground tunnel system which was expanded from a disused quarry during the war. From Arras, the Via will bring you through Bapaume, Peronne and Trefcon which all played major roles in the Battles of the Somme. This area saw some of the bloodiest fighting in history. In Peronne you will find the Historial del la Grande Guerre or Museum of the Great War. The museum is housed in the Château de Péronne and along with covering the various aspects of the fighting itself, the museum also places a strong emphasis on prisoners of war and how children were affected by the war, both tangibly and also through the use of propaganda.

After the town of Laon the Via will pass close to the ruins of Vauclair Abbey which was completely destroyed during the war. Its tranquil setting on the edge of some woods is made all the more poignant when one considers that further into the woods lie the subtle remains of the town of Craonne which was completely obliterated as it became one of the Great War battlefields. The modern village was rebuilt close to the original site.

As the centenary of the First World War is upon us, many towns and villages will be holding special exhibitions and commemorative events until 2018.

For more information about walking the Via Francigena through the Battlefields of Northen France, or to book your holiday, contact our travel specialists.