On the run up to Christmas, we will be sharing some very special festive baubles introducing our wonderful team.

Let’s get the Christmas countdown started.

It is the 12 days of CaminoWays!

On the first day of Christmas… 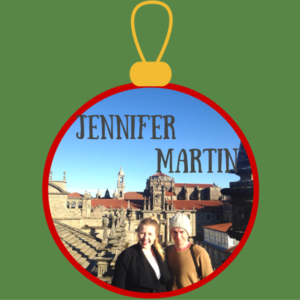 Jennifer and Martin, from Customer Care, were Camino buddies this year. They cycled from Sarria to Santiago in the Autumn. It was the first time in Spain and Santiago for Jennifer who is Irish but grew up in Salt Lake City. She loved the Cathedral rooftop tour and the famous chocolate with churros! It was easy peasy for Martin who has climbed the Himalayas! Martin is from Waterford in Ireland’s Sunny South East.

On the second day of Christmas… 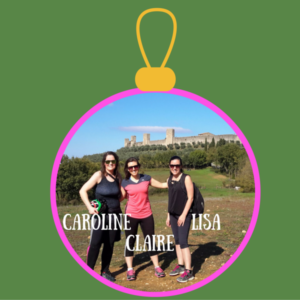 Caroline, Claire and Lisa cycled the Via Francigena in Tuscany together and they managed to stay friends! punctures and all… Caroline is mad about Christmas, she wears a different Christmas jumper to the office from 1st December. Claire was the leader of the Tuscan adventure and official map reader for the trip, a true Camino pro. Lisa was keen to get to San Miniato where she had arranged a truffle hunt. Shame the cycle took longer than she expected. She still managed to get a taste and fall in love with Italy.

On the third day of Christmas… 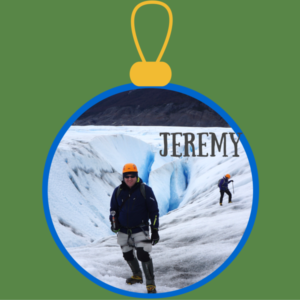 We were all jealous of Jeremy, our Sales Director, this year as he got the chance to travel to the ATTA Adventure Travel World Summit in Chile. When he is not kayaking or hiking glaciers in Chile, Jeremy can be found walking the hills of Wicklow. He works closely with charities to help them organise great fundraising treks on the Camino and other fantastic trails.

On the fourth day of Christmas… 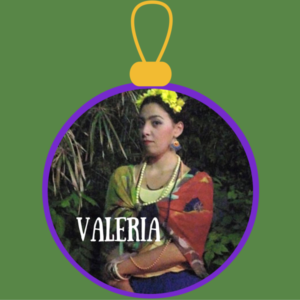 She is a very convincing Frida Khalo at Halloween time but during the day Valeria is our energetic Operations Manager. Valeria is from Calabria, Italy, and leads the Reservations team, made of talented linguists! The ‘Resa’ team is in charge of all hotel and service bookings; as well as being at the other side of the CaminoWays.com 24/7 support line during your trip. Between them they speak fluent English, French, Italian, Portuguese, German, Spanish, Catalan and Galician.

On the fifth day of Christmas… 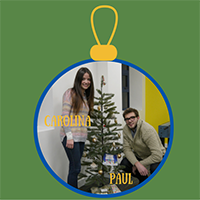 Carolina and Paul are newbies to the CaminoWays team, adding fresh faces and fresh ideas. Both Carolina and Paul have great fashion knowledge and help the team to up their game in the fashion department. Carolina actually makes her own beautiful wallets on the side and Paul’s glasses always add a touch of class. Carolina has got into her stride in the foosball league, scoring several goals alongside her team mates. Paul is improving his English slang and loves a glass of 7-up in the mornings.

On the sixth day of Christmas…

Emmet is our Product Manager and also the brains behind the epic Race Around Ireland cycling marathon. Did you know Emmet used to be a racing cyclist? He knows Ireland inside out and has visited every nook and cranny of the Wild Atlantic Way. We challenge you to find a hidden corner of Ireland where Emmet hasn’t been!

On the seventh day of Christmas… 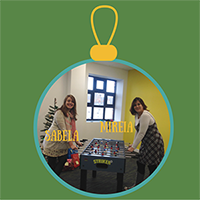 Sabela from Galicia and Mireia from Catalonia both work together in the reservations department. All of our reservations team speak at least four languages. They both keep the office entertained with their very contagious laughs. Sabela doesn’t like losing at foosball and is the best player in the team. Mireia is another Christmas jumper fan.

On the eight day of Christmas… 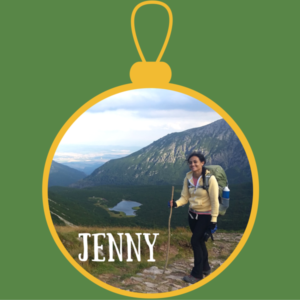 Jenny is our lovely office and accounts manager. She is like the Moneypenny of CaminoWays.com, only with the fitness of Bond! She comes from Venice, in Northern Italy and she is fluent in Spanish, German and English, as well as Italian.

On the ninth day of Christmas…

What a multi-national team we have! Alejandro has joined us from Madrid, Arturo has come all the way from Mexico and Felicia hails from Germany. 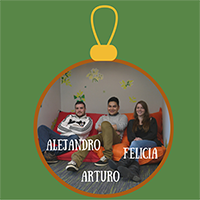 Alejandro is adding some male company to the all female accounts team and keeping them on their toes. Arturo has joined the accounts team as a man of numbers and style. His Christmas pot-luck was voted best in the office. Felicia is adding her skills to our sales team and known for her great way with the customers.

On the tenth day of Christmas…

Alex from Reservations is from sunny Alentejo in Southern Portugal and recently won the award for telling the most incredible stories! he is quite the entertainer.

Tania, also from Reservations, is from Santiago de Compostela and a true Camino pro: you might have met her in Santiago before as she worked in the Pilgrims Office for a while. She has also walked the Camino many times as a guide.

Aoife from Marketing is the most musical in the office. She can be often spotted with her guitar, ready to ‘jam’. She lived in Santander for a year and tries to practice her Spanish as much as she can. If she is not singing or rabbiting on in Spanish, she is probably busy eating tortilla.

On the eleventh day of Christmas… 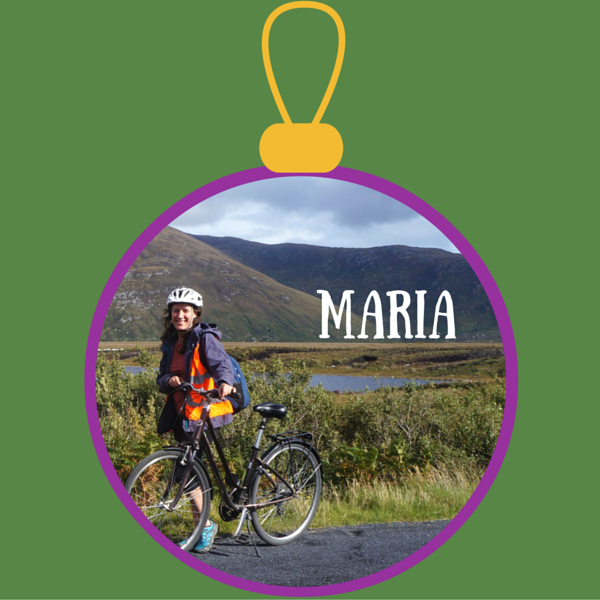 Marketing Manager Maria is from Viveiro, in the northern coast of Galicia; although she is probably a bit Irish by now too. One of the highlights of her year was visiting Japan, where she cycled the Shimanami Kaido and walked the Kumano Kodo; as well as becoming an aunt. Maria loves the West of Ireland and celebrated her birthday cycling the spectacular Great Western Greenway on the Wild Atlantic Way.

On the twelfth day of Christmas… 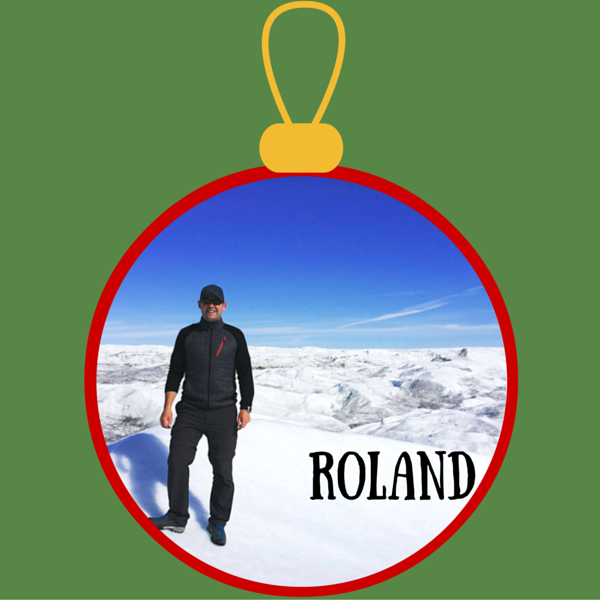 Roland Monsegu is the founder and director of CaminoWays.com. He is quite the adventurer and this year, as well as travelling to Galicia, Portugal and Hong Kong to research new routes and to promote the Camino; he also visited Greenland and Svalbard in Norway, the most northerly town in Europe. Roland is French but has been living in Ireland for many years. Now he got his Irish citizenship, we are not sure if we should refer to him as French-Irish or Irish-French, any suggestions?