May 10, 2012 – http://www.eturbonews.com/29203/cammini-deuropa-network-arttourism
The “Cammini d’Europa” is a network of international cooperation created with the support of the European Union. Its aim is to sustain the development and growth of regions and areas touched by the main cultural routes which crisscross Europe: The Route of Santiago, the Vie Francigene, the Route of Lebaniego, the Route of Sant Olav, the Routes in Jerusalem, and other minor routes connected to them.
The goal of this network of institutions and private and public bodies, which share a common idea of what development means, is to enhance the historical, cultural, and socio-economic aspects of these routes in order to reinforce the feeling of belonging to a common European culture. 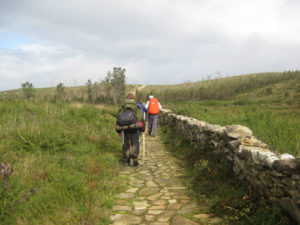 “Cammini d’Europa” promotes a shared, unified, and integrated strategy of cultural promotion and local development: it is based on concrete actions and contributions, targeted at international promotion of the routes and areas involved, their hospitality services, and support for the marketing of their products.
The Santiago Route and the Via Francigena are the most important pilgrim destinations in Western Europe. These routes, known as “European Cultural Itineraries,” have strong ties and common features. Since their very origins they have represented a fundamental means of communication, as well as cultural and economic exchange. The interest aroused by these itineraries is an important indication of the need to strengthen the commitment at an international level to promoting and adding value to these routes and other routes for pilgrims and cultural trade linked to them.
The goal of the integrated strategy which has been developed is to build up cooperation among the areas, provinces, and regions which these Great European routes cross; to organise, promote, and market hospitality and the traditional products created in these “Cammini” at an international level.
Against this backdrop, the goal of “Cammini d’Europa” is to:
– Create a uniform, recognizable identity for the itineraries as a tool for the cultural promotion of the areas. Encourage the development of concrete actions to identify a range of quality services for pilgrims and tourists in general under the logo of “Cammini d’Europa.”
– Create and optimize a strong European identity and tourist and cultural promotion of the areas, able to increase sensitivity and awareness at the local and regional level among populations and above all to stimulate the creation of new tourist services in the different areas of Europe, linking them to the great circuits of world tourism.
– Encourage the creation of links among different historical-religious routes and a strategic relationship between the rural and urban areas involved.
THE “CAMMINI D’EUROPA” AT ART&TOURISM
Since the first meeting last autumn, the routes which form part of the “Cammini d’Europa” have become one of the most important attractions in the fair. They have an area of almost 100 square meters, which means that the Cammini are the second biggest meeting point in Art&Tourism, after the region of Tuscany. Hosted in the Spadolini Pavilion, they offer precise information, as well as a short multimedia experience.
THE VIA FRANCIGENA
Among all the routes, the Via Francigena is the focus of special attention. It has enjoyed a great revival even in Italy since the seventies. 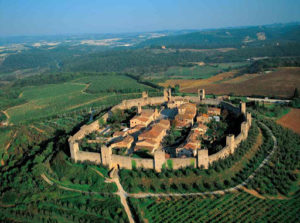 The Via Francigena routes are part of history, they were traveled in the past by thousands of pilgrims journeying to Rome. History says that it was Sigeric, the Archbishop of Canterbury, on his way to visit Pope John XV, who initiated the route known as via Francigena, establishing the creation of one of the most important pilgrim routes. Numerous other itineraries are being rediscovered and enhanced, and they can be added to this famous one.
There are 910 million people that travel throughout the world every year: 330 million of them choose a cultural destination.
Art&Tourism is the first international event dedicated to cultural tourism – it is unique on the world stage, and an extraordinary opportunity for the most important players in the tourist sector to meet and exchange with the world of culture and art.
Organized by TTG Italia, part of the Rimini Fiera Group, in association with the region of Tuscany and with the support of Toscana Promozione e Firenze Fiera, Art&Tourism offers an innovative format, which presents cultural and artistic offer from all over the world together with high-level tourist offer: museums, galleries, archaeological sties, festivals, public and private bodies, cities, and areas with a strong cultural heritage and tour operators.
The first edition of this new appointment, dedicated entirely to culture and art will be held in Florence from May 18-20 in the ancient and evocative setting of Fortezza da Basso. Its aim is to bring together in the heart of Italy the very best of national and international cultural offer and the main tourist operators.
The Tuscan capital is the natural venue for an event, which aims to expand and promote cultural tourism, a segment which accounts for 50 percent of the motivations to travel and 30 percent of the global income for this sector, with an estimated 330 million tourists every year.
Art&Tourism is targeted not only at tourism and cultural operators, but also at anyone who wants to encounter high-quality opportunities.