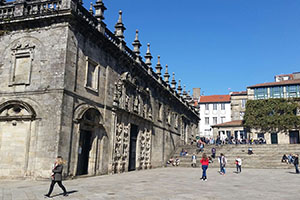 2016 will be an important year for pilgrims to Rome and also Santiago de Compostela, as the year has been declared a ‘Holy Year of Mercy’ by Pope Francis; and special events will be taking place in both cities. Santiago Cathedral officials have also confirmed the Holy Door of the cathedral (Porta Santa) will be open for the Year of Mercy.

So what the Holy Year means for pilgrims planning a Via Francigena or Camino de Santiago trip for 2016:

What is a Holy Year?

Holy years, or Jubilee years, only take place every 25 years, unless the Pope requests an extraordinary Holy Year to highlight a specific topic. In this case, Pope Francis has declared 2016 a Holy Year of Mercy.

In Santiago de Compostela, a year is considered holy or Jacobean if 25th July, Saint James Day, falls on a Sunday. The next Jacobean Holy Year will take place in 2021. On such years a special door to the cathedral: the Holy Door (Porta Santa) is opened to pilgrims arriving in Santiago. 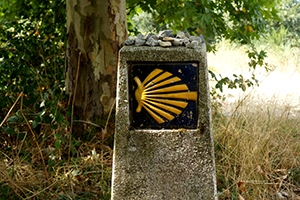 What happens during a Holy Year?

During the Holy Year the Vatican will be hosting special celebrations and millions of pilgrims will be arriving in Rome. The number of pilgrims on the Camino de Santiago are also expected to increase.

The entrance to St Peter’s Basilica known as the ‘Holy Door’, as well as ‘Holy Doors’ to other cathedrals in Rome, will be opened for pilgrims for the year. Santiago de Compostela Cathedral has also confirmed the Porta Santa will be open for pilgrims from 13th December; not due to reopen again until 2021. 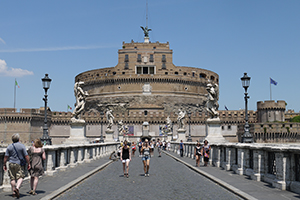 If you are planning on travelling to Rome or Santiago de Compostela for special dates such as Easter and other important religious events during the Holy Year of Mercy, you should plan your trip well in advance to secure accommodation.

For more information on the Camino routes to Santiago de Compostela and to Rome or to book your walking or cycling holiday for Holy Year 2016 contact our Travel Specialists.