New Year’s Eve is a celebration time around the world, also along the Camino de Santiago: we reflect on the good things the past year has brought us and we hope the New Year will be a great one. Even though New Year’s Eve celebrations will be different this year, there are some things that do not change!

Spain has its very own New Year’s Eve tradition celebrating the transition between the old and the new year with 12 lucky grapes (white grapes!). 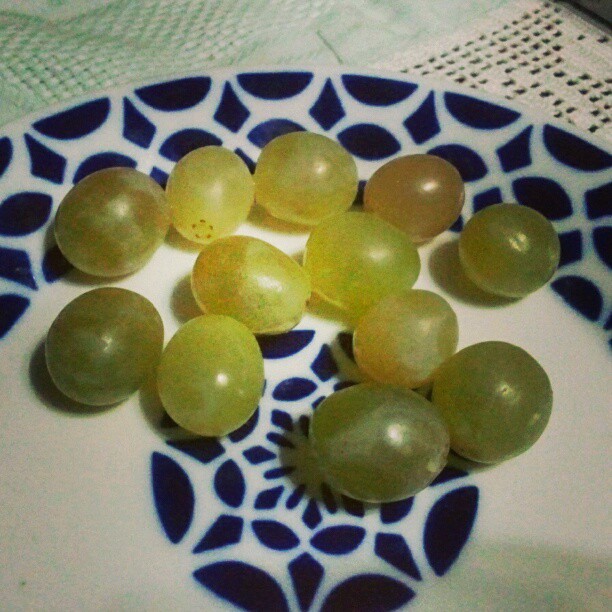 At midnight, the 12 lucky grapes must be eaten, one with each strike of the clock.

If you manage to eat them all in due time (choose the small ones!), the grapes will bring you luck for the New Year.

In cities, people traditionally gather outside their main squares to eat the 12 grapes (Puerta del Sol in Madrid is probably the most famous clock; in Santiago de Compostela people get together at the Praza do Obradoiro just outside the cathedral).

But mostly, friends and families gather in front of the TV to watch the ‘Uvas’ (‘the grapes’) being broadcast live from the city, usually from Madrid for the Spanish TV channels and Praza do Obradoiro in Santiago de Compostela for the Galician TV. After the grapes, usually, it is time to hit the town for a bit of dancing and socialising but this will have to wait until next year.

This tradition is said to originate back to the early 1900s after a bumper crop of white grapes in the Alicante region forced vine-growers to come up with a creative way of getting their stock moving!

Wearing red underwear on New Year’s Eve is another popular tradition in Spain, also believed to bring luck (and love!) in the New Year.

In Italy, eating lentils on New Year’s Eve will bring you luck and money for the next 12 months.

The CaminoWays.com team would like to wish you a Merry Christmas and a very Happy New Year!